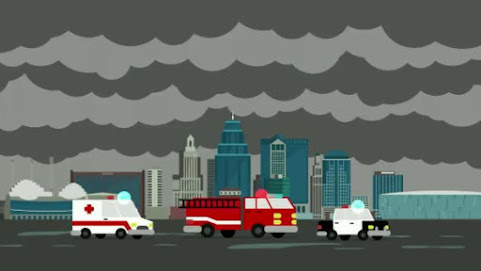 Here's how to let city hall garner a bit of access to your mobile device: "The City of Kansas City, Missouri has renamed and expanded its text notification system. Now called AlertKC, residents will stay safe and in the know with weather warnings and community messages delivered directly to their phone."

Closer to home, here's some of the more important news from today's morning cycle . . .


Measles vacinations given between 1963 and 1967 may not be effective

Kansas City, MO - The Center for Disease Control and Prevention says if you were born between 1963 and 1967 and received the vaccination, you may not be protected from the virus. The vaccine was first introduced in 1963 with two versions, and one of the versions didn't actually protect against the measles.

With catcher Salvador Perez in recovery mode following Tommy John surgery, the Kansas City Royals only have one significant tie to their 2015 World Series team on their 2019 roster: Alex Gordon. The veteran outfielder signed a four-year, $72 million contract after that World Series title, and it hasn't worked out as hoped.

KANSAS CITY, Mo. -- You often hear it often on FOX4: "If you know anything about this crime, call Crime Stoppers. It's anonymous." Well, earlier this month, a KCK family who had been waiting for 11 years got some answers thanks to one of those anonymous tips.


OP has new guidelines to help cellphone antennas blend in

OVERLAND PARK, Kan. - Leaders in Overland Park, Kansas have a plan to help you get the fast cell signal you want without seeing towers all over town. In March, the city adopted a new set of standards for mobile operators who install antennas in the city.

ST. PETERSBURG, FL (AP) - Mike Zunino's first home run for the Tampa Bay Rays was one to remember. The veteran catcher was reinstated from the paternity list, three days after the birth of his first child, and hit a two-run shot that helped the AL East leaders stop a season-high four-game skid with a 6-3 victory over the Kansas City Royals on Monday night.


Tuesday temperatures down in the 60s with brief showers

We bounce back into the 70s (barely) Wednesday.

When I took office in May of 2011, I promised to leave the city in better shape than I found it.

So KCMO will now send community messages directly to the 25 million anally tourists to inform them of what parts of the city to stay away from. How nice.

^^Yes...it starts and ends at your trailer.

Inane diaper boi is up.

If the Democrats would stop letting all these non vaccinated illegals from entering our country we wouldn't be having this issue with measles.

Democrats killing this country one illegal alien at at time.

It's not the immigrants, it's the "anti-Vaxers" dumbass - they listen to the right-wing kooks and then let their disease-infested home-schooled brats out of the house among normal people.

^^"too stupid to know and facts???"" WTF is that??? OMG! You fucking monkey. You played yourself!! Go away rube! You're too fucking dumb!

Do these new outlets even TRY to anticipate their viewing/reading public's concerns? I don't care about whether or not those kids "will face charges or not".

I want to know what would cause three children to get in a car and drive far from their homes. What were they running from? When I was 12-14 the thought of doing that would be scary which tells me that they were leaving something scarier. What was it?