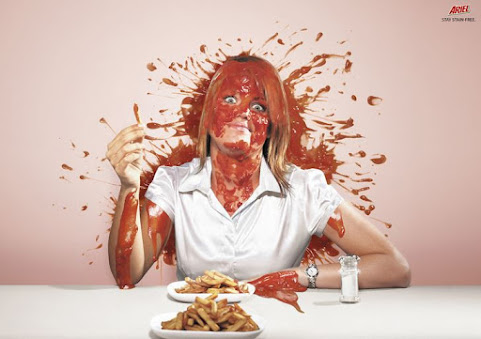 For our most dedicated denizens of the Kansas City news scene, here's a quick guide to some of the more worthwhile stories that might not be debatable or iconic but certainly deserve a look nevertheless.


KCPD on scene of stabbing located at 25th and Kensington

KANSAS CITY, MO (KCTV) - Police are investigating a stabbing that occurred Wednesday evening. Officers are on the scene of a stabbing located at 25th and Kensington that happened just before 6. The suspect is known to the victim, but the injuries are unknown at this time. This is a developing story.


These 374 restaurants had the cleanest inspections in 2018, says KC Health Department

The Kansas City Royals showed a selection off new food items that will be available to fans during baseball games this year at Kauffman Stadium. The Kansas City Health Department has recognized 374 food establishments for inspections in 2018.

OVERLAND PARK, Kan. - By this time next year, a major construction project will be underway along Quivira Road from 159th to 179th streets. The city of Overland Park bought land from several homeowners for the road-widening project, but several residents didn't believe they got a fair shake.

Inspiration To Break Cycle Of Poverty

OLATHE, Kan. -- They're calling it "toxic charity." A new partnership between a large Johnson County church and the Salvation Army is meant to help people break the cycle of chronic poverty. College Church of the Nazarene is now host to the Salvation Army's first ever outpost.


Woman charged with smuggling 60 pounds of meth into Kansas

WICHITA, Kan. (AP) - A Los Angeles woman has been charged with smuggling more than 60 pounds (27 kilograms) of methamphetamine into Kansas. The U.S. attorney's office says 46-year-old Maria Alvarez-Buenrostro was indicted Tuesday on one count of possession with intent to distribute.

Missouri Gov. Mike Parson on Wednesday declared a disaster in 13 counties along the Missouri and Mississippi rivers, which will trigger federal assistance needed after devastating spring flooding. In northwestern Missouri - where Interstate 29 is still closed, towns are submerged and hundreds of acres of farmland are underwater - many residents wondered why the declaration took a month longer than those in Nebraska and Iowa.

Democratic Gov. Laura Kelly and top Republican legislators met Wednesday to try to break a stalemate on expanding Medicaid in Kansas, only to fail after she demanded that lawmakers approve a plan this year and the GOP leaders insisted on waiting until next year.

KANSAS CITY, Mo. - The head of a company that could bring a proposed Hyperloop route to Missouri stopped in Kansas City on Wednesday, a sign of just how seriously the company is considering the route.

TOPEKA, Kan. (AP) - A Kansas zoo is investigating its animal-handling protocols after a Sumatran tiger seriously injured a veteran zookeeper, and its director acknowledged Tuesday that human error probably led to the attack. The Topeka Zoo has "100% confidence" that no problem with the tiger's enclosure caused the attack Saturday on 40-year-old Kristyn Hayden-Ortega, Director Brendan Wiley said.

KANSAS CITY, Mo. - Missouri lawmakers are considering changing the way cities award tax incentives. Places like the Cerner campus, Power and Light District and Ward Parkway Shopping Plaza in Kansas City, Missouri have added to the debate over where tax incentives should go.


Good Question: When will Plate open its doors?

KANSAS CITY, MO (KCTV) -- Two years ago, a popular Brookside restaurant at 62nd and Oak streets went up in flames on an early April morning. Now, the owner of Plate is getting ready for a comeback. Owner Christian Joseph says he will open a new restaurant under the same name on May 10.