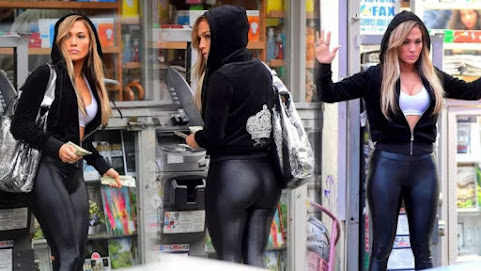 Daily Mail: Jennifer Lopez is sexy with her hood up on set of 'Hustlers'

BuzFeed: Jennifer Lopez Helped Get Cardi B Cast In The "Hustlers" Movie

Closer to home, here are the news links we're checking:

Hundreds of allies gathered to celebrate LGBTQIA students and staff at the Annual Pride Breakfast, raising over $200,000 to support LGBTQIA programs and scholarships. One of the programs included the Pride Empowerment Assistance Fund, which provides emergency assistance to students experiencing financial difficulty due to loss of family support.

Some of the Kansas City's local favorites have been legofied.On April 18, Legoland Discovery Center in Crown Center will unveil a mini-Kansas City that features Kansas City landmarks like Boulevard Brewing Company, Joe's Kansas City, The Roasterie and a portion of the city's West Bottoms district.

Ozzy Osbourne has rescheduled his entire 2019 tour, including his June 28 stop in Kansas City at the Sprint Center.Osbourne is recovering from an injury he suffered while dealing with his recent bout of pneumonia, the Sprint Center announced.

The power of Celine Dion will stop in Kansas City later this year.

KANSAS CITY, MO (KCTV) -- In the new-look MLB, $80 million is enough to buy a team a serviceable starter, if they're lucky. For the Royals it's been enough to buy four All-star appearances, three Gold Glove Awards and a Cy Young Award (with $45 million to spare).


Cake & Wine, All The Sushi & Other Weekend Possibilities

Who ever thought big butts were attractive? High and tight!