RESOLVED AT TKC: KANSAS CITY CHIEFS AND THEIR FANBOYS ARE CREEPS WHO PROBABLY DON'T DESERVE TO WIN!!! 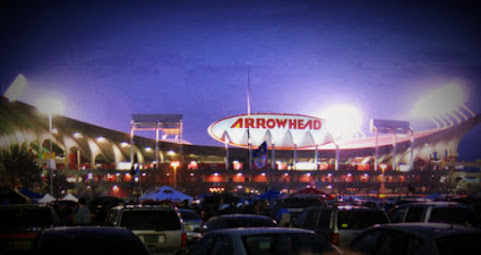 FACT: Millionaire athletes working for powerful billionaire companies don't confront the same consequences as the rest of the cowtown plebs. To be fair, given rising violence in the metro, Kansas City footballers wouldn't be the only locals walking after speculation of wrongdoing.

Brief aside, Johnson County DA Steve Howe is taking heat for his statements today and that's undeserved. He handled his job professionally and he has our respect for shutting out The Chiefs & The NFL in his investigation.

But the real debate is outside of the courtroom and in the hearts and minds of Kansas City denizens.

One of the team's marquee players is now tarnished by a child abuse scandal after a previous controversy involving a beat down on his partner.

A new defensive star will play for the team next season. His salary is just as heinous as his repeated controversies involving women.

QB Patrick Mahomes is billed as the team's hero but he's mostly famous for goofy trick passes and his work as a ketchup pitch man.

And we're all in agreement that Travis Kelce is one of the worst people to ever appear on a reality dating show. He's also overrated and likely washed up at this point in his career.

The team's troubles go beyond their horrible roster. Overpriced and often moldy fare dominates Arrowhead. This season some poor youngster was smacked in the head by a beer bottle thrown by one of the many rowdy fans. And let's never forget the poor dude who was beaten to death in the parking lot for getting into the wrong car and the manslaughter charge that earned a wrist slap.

CONSIDER ALL OF THIS TURMOIL CONFRONTING THE KANSAS CITY CHIEFS AND THEN REALIZE THAT THE ANTICS OF THE TEAM ARE FUNDED BY BROKE-ASS JACKSON COUNTY TAXPAYERS!!!

Sadly, the substantial subsidy worth hundreds of millions provides local politicos very little authority or courage to take a stand on the problems confronting the team. MSM is dependent on the advertising revenue so any scrutiny will be quickly forgotten. And given that the Royals still have to wait another 27 years until their next meaningful season, Kansas City sports fanboys gleefully await the start of Chiefs football and the ensuing celebration of a cast of characters that locals would likely avoid in any other circumstance.

Don't forget TKC, this little human drama is all watched from above by Clark Hunt and his 25 million dollar luxury sweet that jackson county helped to build.

All is forgiven if they can bring home a super bowl.

Earlier somebody made a good point about Mahomes playing much more conservatively next season in order to protect his endorsements. THAT is one of the best points I've ever seen on TKC. Well done.

^^^ There's no such thing as Byron Funkhouser. You're just a lonely troll who wants attention. Talk about the Chiefs you scumbag. You know nothing and should be blocked on this blog. Sorry dimwit Byron. Get lost. GO CHIEFS!

Is there a time limit on being a fiancee? At what point does one simply become a live in (preggo) girlfriend?

Mark Funkhouser and I use to talk off and on. I still know how to reach him. I'm sure between him and Dennis someone knows exactly where Byron is located. Since he can't get blocked maybe it's time to take matters in a different direction. Surly there is somebody out there who will open an investigation on him.

Have Bryon try out for the Chiefs. PROBLEM SOLVED.

I thought the MAGA people here were still boycotting those knelling black sons of bitches that should be fired.

You're all still following the Chiefs? What happened? Don't disappoint Dear Leader.

Chiefs been history in my house for a number of years. I won't support thugs.

Kansas City is not a championship town.

But I'm glad to know the royals have a shot 27 years from now.

Tell local sports bars and restaurants to remove MU decorations or items from their restaurants or you will no longer patronize them.

Boycott organizations and businesses that advertise during MU sports. Watch for their logos on the backdrops behind press conferences, etc.

Call your cable or satellite company and tell them to drop the SEC Network or you will drop your subscription.

Call your local radio stations that carry MU sports and tell them to drop their affiliation with the MU sports network or you will stop listening to their station and refuse to patronize their sponsors.

Tell your local school not to accept any invitations from MU for your school band to participate in "band day" or MU homecoming.

Call your state legislators and demand that they pass legislation placing a moratorium on all hiring of MU graduates to state government positions. Also demand that any current MU graduates currently in state employment will be the first laid off in any future downsizings.

Tell local retailers to stop selling all MU merchandise or you will stop patronizing them.

Call your state legislators and demand that MoDOT remove all signs for MU on the highways around Columbia and to enact a moratorium on installing any new signs for MU.

Do not patronize any businesses in Boone County. If you are driving through on the highway, do not stop until the next county line.

Do not re-elect any official who is a MU supporter or alumni.

If you are with another University, tell your athletic department not to enter into any contract for playing any future sporting events versus MU. For those other institutions already in such a contract, tell them to cancel it.

If you are within reasonable distance, go across the state line outside of Missouri to purchase fuel. License your car out of state if possible.

Byron and his ilk are willing to forgive the violent murderous black but what would they say if it was President Trump? Yup, we already know what they’d do and say. Different standards byron?

If you can’t prove a crime was committed then how can you accuse someone of committing a crime?

I love & support the Chiefs because it triggers you snowflakes. Also Tony and the rest of you fucknuts can't afford a ticket!. I love it! Go Chiefs!