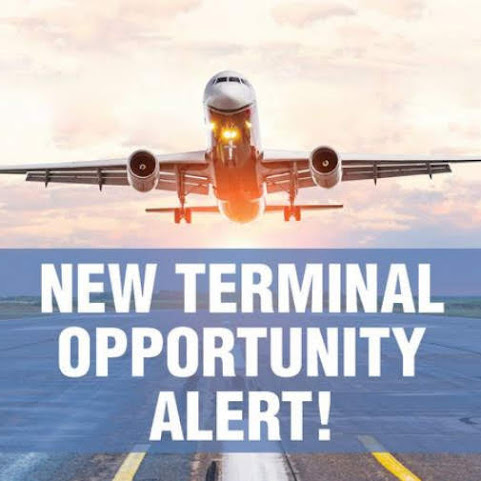 Further down the food chain, notice that many locals aren't as convinced about the amazing benefits promised by the new airport and we're getting closer to a point where more union/minority complaints will take hold.

bait & switch for most of these companies.

All wind no rain.

Heart forest sighting? @JustinMeyerKC, don’t correct me if it’s just a circle of trees. My ❤️ is smiling! “My energy grows, my mind settles, & my heart smiles; for here, in the Heart of America, the people care for one another & their Earth.” Chief Leon Shenandoah (KC 1987) – at Kansas City International Airport (MCI)

Ahh jj fiddling around in her big bag of overlapping nonsensical narratives. She is now an implied champion of native rights within the context of kci, how magnificient. We will learn so much.

^^^^ Shut up quinton. You voted for the airport too you loser. Now own it before we get Aleseia to

Let us all celebrate diversity and environmentalism illuminated by the context of the kci terminal. SOM and edgemoor are proud suppoerters of inclusive narratives in sales and public relations. Richard meier will be a guest quoter next week on the topic of phenominal transparancies of ecofeminism illuniated by the preservation and reuse of deolished flooring at kci.

Nothing is gonna change, if you show up after 7:00 the place will still be empty and nothing will be open, alls we’s get’s is a shiny new extremely expensive building.

We do need a new terminal. Ours is totally obsolete. I personally know that minority contractors are really wound up for what they think will be a gold mine for them. If there is not requirement for minority firms to be local most of the contractors hired would be from out of town. Of course, tons of companies claim woman owned status and there are lots of locals ready to go and are big enough to actually perform and finish. Tony is right. Look for lots of hysteria and crying.

^^^ the problem is that these local black owned contractors don’t have the man power or equipment to work a big job like this, matter of fact, most of these company’s only do sidewalks and driveways. Replacing sidewalks in neighborhoods with no real time frame for completion is way different than a big job like the airport.

big word 2:52 OBSOLETE
This will be fun, maybe someone will bring a spoon to help them demolish the terminal.