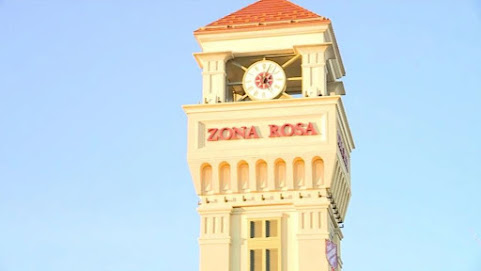 Broke-ass municipal perspective on the continued Northland dilemma amid THE DEATH OF RETAIL . . .

"If the court rules in favor of Platte County, the bondholders will lose a lot of money – but if the judge orders Platte County to pay, taxpayers will see property taxes rise drastically to cover the one million dollars owed."

Fox4: Questions remain over who should pay for Zona Rosa parking garage

The attorney representing Platte County recently filed a motion for judgement, asking the judge to exempt the county from paying millions of dollars still owed on this parking garage behind me. The county argues that nothing obligates them to pay up.

"Someone’s projections were off along the way, the deal didn’t turn out on the garages and Platte County’s not going to be left holding the bag for that private deal," attorney Todd Graves told FOX4.

Another example of how government leadership fucks the taxpayer.

These government officials will never learn. Always trying to appease and take care of the wealthy instead of taking care of the working class. Now tax payers will likely get F'd while the owners of Zona Rosa make out like bandits and walk away with a tax payer funded garage.

I'd laugh if it weren't so sad.

Someone signed off on a deal so vague it takes a court to decide? What lawyers were involved? How can you issue bonds and not know what your future liabilities are?

@9:04 AM That's what we get when our "trusted" officials get too focused on the bright shiny objects and forget about being good stewards of our tax dollars and looking out for the best interests of the working class. It's the same shit that happened with the P&L District. Exact same shit. Developer comes in and promises that the business will be so great that it'll pay for itself. FFWD some years and the reality falls well short of reality and the public ends up holding the bag. It's an endless cycle and politicians NEVER learn.

KC might take note of this as they've been weaving a tangled web of incentives for years. Screw with the free market at your own peril.

When did the "New Normal" become such that tax payers have to financially contribute to private development and back bonds and such? It's like developers "expect" assistance from tax payers to help them finance or support their projects. How is that right? And why do politicians continuously allow this? It's the, "Oh look what my administration did! We built a new entertainment district that brought in 18 months of construction jobs followed by a whole host of low paying jobs!"

The math just doesn't add up because the tax payers always lose on these deals. Always.

^^^and yet it's gone on for decades around the world. Weird.

^^^^and yet you turn around and bitch about it on blog ad infinitum, ad nauseam. Which one's worse?????

We aint seen NOTHIN' YET!!!!! Just wait til the AIRPORT shit hits the fan.

Southwest (the primary gate holder) is already sucking wind due to grounded Max aircraft. No real guarantee they'll be around to pick up the PROMISED tag. And the beat goes on, and on, and on.

^^UGH. Sure chump. Whatever. Southwest won't be around??? God, this blog gets the dumbest people in the city!

@11:38 AM That's an easy question. Giving away millions of tax dollars to millionaires and billionaires while shitting on the working class is way worse wouldn't you say?

^^I wouldn't care because I have a life.

Shut the garage and see how the Zona Rosa owners like that!

@1:14 PM, yet you are on this blog reading and responding to all this stuff....interesting....

^^somebody has to crush geezer skulls.

^^good luck with that kiddo.