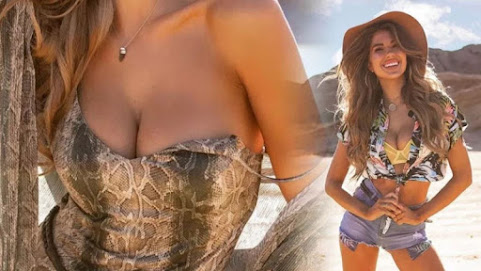 Right now we have a quick collection of pop culture goodness along with an important look at health news for Tuesday . . .

Daily Star: Kara Del Toro says mega curves are ’100%’ natural - and reveals how YOU can be her man

Ref: Why Spring Is The Perfect Time To Get An Under-Boob Tattoo

Closer to home, here are a great many nice news links that are local and also deserve a peek. Checkit:


As quickly as flowers, spring excitement is growing in KC

KANSAS CITY, Mo. - Spring is finally here after one of the longest, coldest and snowiest winters in recent Kansas City memory. "It's just great to be outside, it's time for new plants," said Anne Wildeboor, a horticulturist at the Overland Park Arboretum. "Seeing those things emerge, when they are coming up gets me so excited.

KANSAS CITY, MO (KCTV) - Several people who worship at Brookside's Visitation Church have ties to the French cathedral, many have been there. And when they installed a beautiful organ in 2004, it was dedicated with a performance by Notre Dame's organist. Visitation rehearsed Monday for its Easter Sunday Mass.

Construction on phases three and four of Cerner Corp.'s $4.5 billion campus in south Kansas City continues full-steam ahead. The $220 million phase of the project will nearly double the amount of office space on the Innovations Campus, with 777,000 additional square feet and room for 3,000 more employees.


The iconic Muppets are coming to Kansas City

KANSAS CITY (AP/KCTV) -- The nonprofit Sesame Workshop said Tuesday a selection of Muppets will take part in a 10-city trip including Kansas City. The trip is to celebrate the show's 50th anniversary campaign with free park festivals, live performances and kid-friendly activities.

KANSAS CITY, Mo. - It's National Public Safety Telecommunicators Week, and the Kansas City Police Department has a special dispatcher kicking the celebration off. Carrie Brown celebrated 28 years as a KCPD dispatcher on Monday. She still remembers her first days on the job.


Leave your garage door open in Liberty? You might get a visit from police

THE 9:00 P.M. ROUTINE. MARTIN IT IS A CONCERN ABOUT GARA DOORS BEING LEFT OPEN. IF YOU LEAVE YOUR GARAGE DOOR OPEN, IT IS AN INVITATION FOR TROUBLE. LAST NIGHT POLICE OFFICERS AND VOLUNTEERS PAID AN EVENING VISIT TO FOLKS WHO STILL HAD THEIR GARAGE DOORS OPEN.


Monarchs To Flutter Through Kansas, Catch Them While You Can

The annual spring migration of monarch butterflies from Mexico northward could reach Kansas in the next few weeks. The monarchs are important pollinators across the U.S. but have seen large declines in their numbers due to habitat loss and climate change.

How do you decide where to go on personal trips? For most Americans, that choice could hinge on how they think the destination will look on their Instagram feed. The poll of 8,000 U.S. and European travelers commissioned by the big European online travel company eDreams found that 52 percent of U.S.

FAIRWAY, KS (KCTV) -- The Johnson County Breastfeeding Coalition is inviting local businesses to become more family friendly by providing a comfortable, clean place for mothers to breastfeed. It's all part of an initiative called 'The Breastfeeding Welcome Here' program. A decal will be given to businesses that pledge to support breastfeeding.

KANSAS CITY, Mo. - Lightning is 5 times hotter than the surface of the sun, reaching temperatures of 50,000° F. It's powerful, dangerous and can be deadly. The United States had 17 lighting fatalities in 2018, two of which occurred in the Kansas City area.

Hozier - Almost is the song of the day and this is the OPEN THREAD for right now . . .