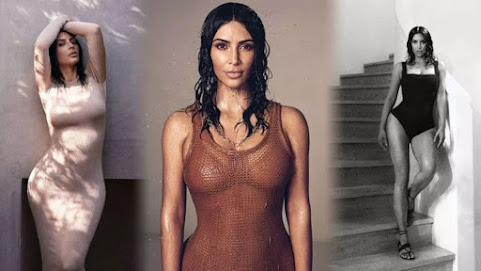 Apropos for #TBT we share news of a surprising transformation from a hottie who is now evolving after years dominating the media scene . . .

The Rook: A Gif Response to Van Jones’ Claim That Kim Kardashian Unleashed the ‘Most Effective’ Intervention He’s Ever Seen in American Politics

Closer to home, here's our space from some of the nicer & community local news with another peek at Kim K. goodness . . .


Get Well Soon To KCFD Hero

A firefighter was injured Wednesday evening battling a fire in a vacant home.Kansas City firefighters were called at 5 p.m. to the house, which is located near East 33rd Street and Benton Boulevard.Fire crews said the firefighter suffered burns and was taken to a hospital.Investigators said it appears the fire started on the second floor of the house.

Cleaning Up The Golden Ghetto


When will the street sweeper hit my block in Overland Park?

OVERLAND PARK, Mo. - To keep up with public requests for street sweeping, the city of Overland Park, Kansas created a website showing the sweeper schedule and which neighborhoods operators have already cleaned. The new website is available The city sweeps streets twice a year, in the spring and fall.


Johnson County breweries want to get rid of old law

SHAWNEE, Kan. - A law that has been on the books in Johnson County since the 1980s requires businesses that want to sell alcohol to make a minimum of 30 percent of their revenue from food sales. Now, local breweries are banding together to get the rule changed.

KANSAS CITY, Mo. -- Habitat for Humanity of Kansas City is celebrating its first Pride Build. Members of the LGBTQ community, or anyone in support, was welcomed to volunteer building homes with the organization. On Wednesday, a group from Wells Fargo worked on a home in the Manheim Park neighborhood.

Yet Another Sign Of The Downtown Kansas City Revival

City-Wide Easter Egg Hunt - Bounce houses, petting zoo, cookie decorating, crafts, EGG HUNTS, an appearance from the Easter Bunny, free Roasterie coffee and more! Join Church of the Resurrection Downtown for an event the whole family will enjoy, this Saturday, April 13 from 9-11 a.m. at the WWI Museum and Memorial.

You could argue that our town is full of superheroes. In this episode, we look back at some of our favorite conversations with "ordinary" Kansas Citians

Kim kardashian is a whore.

I'm better than you said...

^^^ Still has more money and education than your broke ass.

When the judge asked rookie attorney Kardashian if she had any briefs to submit before the hearing, Kim smiled and said that she wasn't wearing any!!!

Well he deletes a lot. You know as he says, "TKC is the last bastion of free speech" yea right.

the Kardashians have 1 skill, looking hot. the end.

From what I see above, deleting comments from the couple of airheads is no loss to the blog.

I wouldn't hire her as a whore much less an attorney. What a mud shark
skank.