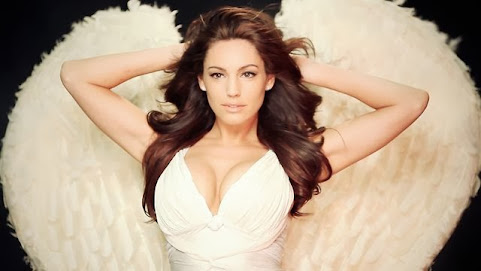 Hottie Kelly is still the queen of Spring who still draws international news coverage as we check some of the nicer local links this morning. Take a peek:

The glass scene in Kansas City is on the rise. The owner of Monarch Glass Studio lets us in on the allure of glass, as an artistic material, and tells the story of opening a Kansas City studio to foster a glass community here. Segment 2, beginning at 21:30: David Dastmalchian comes back to KC.

The 29th annual Blue River Cleanup got underway Saturday at Lakeside Nature Center. A volunteer crew from 41 Action News was among the groups who participated in the event, working on the Clement Waters project near the Jackson Avenue bridge.


One dead following two-vehicle wreck on I-35 in Olathe

OLATHE, KS. (KCTV) --- One person is dead following a deadly crash in the area of northbound Interstate 35 and 119th Street in Olathe. The wreck was reported at around 12:05 a.m. on Sunday morning. Officers were on scene for nearly three hours. It was a two-vehicle wreck, one of which was a semi-truck.


BWW Review: THE SHAWSHANK REDEMPTION at Metropolitan Ensemble Theatre At The Warwick Theatre

The Metropolitan Ensemble Theatre busts loose with an evocative new adaptation of The Shawshank Redemption. Audiences cannot escape being drawn in by this beloved tale and the strong ensemble that director Bob Paisley has brought to the Warwick Theatre stage.


Patrick Mahomes Hypes up Team Before Taking the Field

Patrick Mahomes hypes up his team in the tunnel with a pregame speech before their Week 4 matchup against the Denver Broncos in the 2018 NFL season.

Cohen-Esrey Development Group, an Overland Park-based housing development firm, today announced the kick-off of the conversion of a seven-story office building in Kansas City, MO into a luxury apartment project at 3420 Broadway. 107 units.

For stealing my heart, I threatened to take Kelly into custody until she bared all and came clean!!!

I JUST LOVE THE THEATER IF IT'S A MOVIE THAT I ALREADY SEEN!