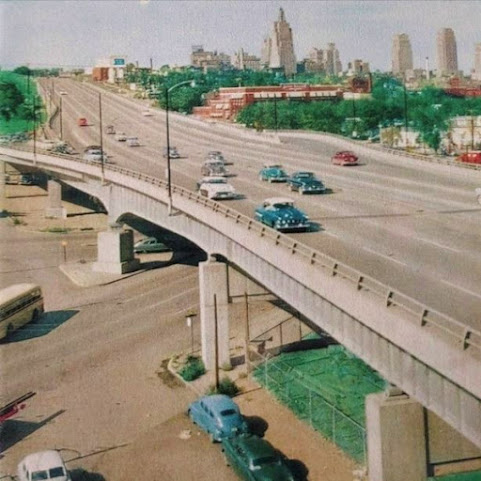 Quick glimpse at some of the top stories in the news cycle right now with a nod to our old school car culture. Checkit:


Several ramps to close on I-470 Thursday night

LEE'S SUMMIT, MO (KCTV) -- The Missouri Department of Transportation plans to close six ramps Thursday night. The ramps will be closed on from 7 p.m. until 5 a.m. on Friday for paving operations. The closures will significantly impact traffic traveling through those areas. All four I-470 ramps at Douglas will be closed.

Hyperloop One could be gliding down its interchangeable tracks within the next decade, CEO Jay Walder estimated. But is the mystical mass transit system any closer to finding its home, questioned an audience gathered Wednesday for the KC Tech Council-sponsored CEO speaker series hosted by RTS.

FAIRWAY, KS (KCTV) - The competition for faster wireless service is heating up for Kansas City users. Verizon announced its rollout of "5G" service to 20 cities across the United States Thursday, including Kansas City.

LEE'S SUMMIT, MO (KCTV) -- A missing woman from Lee's Summit has been found safe. Joni E. Windham, 67, had been last seen at 8:30 a.m. Wednesday driving a white 2014 Honda Accord with Missouri plates. KCTV5.com is now with you on the go!


After His Dog Died, A Kansas City Veteran's Show About His Canine Friend Had To Go On

In an environment where a person can be considered an "individual augmentee" and a dog a piece of equipment - that is, a combat situation - the relationship between the two may be the only humanizing factor.

Season Determined Before It Starts


This is a critical draft for Chiefs general manager Brett Veach

April 27, 2019, will mark the two-year anniversary of the day the Chiefs boldly moved up to take a long-awaited swing at a homegrown quarterback when they traded to the 10th overall pick in the draft to select future MVP Patrick Mahomes in 2017.


Mostly sunny, warm for your Friday

We'll have mostly clear skies with a few scattered showers and storms for the early evening hours. It will be mostly clear overnight with the low getting to 46...

get an i phone and switch to Spectrum.

get an unlocked phone and switch to Boost.

Tony, "BOND" os a PLAY not a movie, about local soldier, Logan Black, and his dog. Now at the Unicorn Theatre. tarring the actual soldier who lived it, and now that his dog has died, there's a remarkable puppet that plays the dog.

Like the amazing Julie Taymor Broadway PLAY, The Lion King, the Unicorn had the great Paul Mesner puppet theatre construct a puppet. And due to what's called in the brain, "suspension of disbelief", one soon forgets about the puppet master.

Hooray for the Unicorn and their participation in the New Play Network. And for Logan Black, who enterprised this first at the much derided Fringe Festival. But that is where new work gets tested.