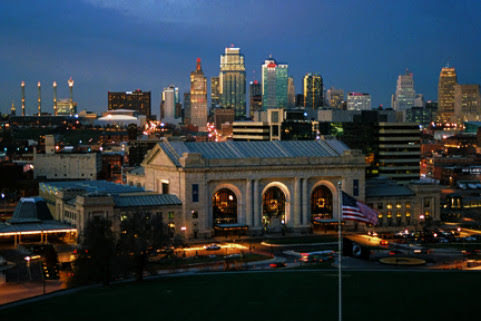 All of the most worthwhile news links from across the metro right now. Take a peek:

Police are investigating after thieves made off with a couple's wedding gifts over the weekend."I don't know how to react to people stealing from me," said Brady Brock.Brock and his wife, Bree, were staying at the Comfort Inn in Platte City when someone broke into their car, stealing their wedding gifts.

KANSAS CITY, Kan. - A Kansas board has sued a man involved in an autopsy of Michael Brown after the black teenager was fatally shot by a white police officer in Ferguson, Missouri. The Topeka Capital-Journal that the Kansas State Board of Healing Arts alleges that pathology assistant Shawn Parcells performed autopsies without the proper oversight.


Police: Man has serious injuries after shooting in NW KCK

KANSAS CITY, Mo. -- A 25-year-old Blue Springs man is facing multiple charges in connection to a deadly shooting in Kansas City, Missouri. Jonathan S. Lowrey has been charged with second degree murder, armed criminal action and tampering with a motor vehicle in connection to the shooting death of Joseph Corum, according to Jackson County Prosecutor Jean Baker.

KANSAS CITY, Kan. - Speedways are known for the loud roar of engines and cheering in the stands. At Lakeside Speedway in Kansas City, Kansas, however, those sounds have been replaced by silence. The track was hit hard in late March when a nearby levee broke on the Missouri River, leaving the speedway looking more like a lake than a race track.

After being asked to create a program to help the Diocese of Kansas City-St. Joseph recognize signs of sexual abuse, Cathy Morrison found herself doing much more than teaching - she began listening. A consultant specializing in leadership development, strategic planning and executive coaching, Morrison had already developed a program to help adults identify and report signs of suspected sexual abuse of minors.

Hide Transcript Show Transcript BUT IN BETWEEN WE'RE SANDWICH WITH A PARTLY CLOUDY CONDITION, WHICH IS WHY IT IS STILL FAIRLY MILD AND SHOULD BE THAT WAY FOR THE NEXT SEVERAL HOURS.