Kansas City Mid-morning Back To Front 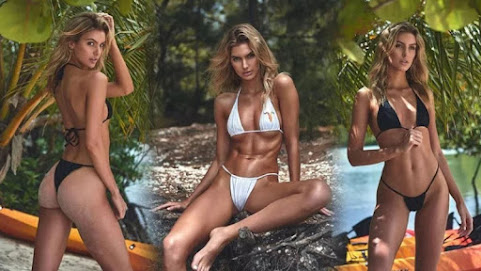 For this compilation we've featured a bevy of local news links along with some pop culture items of interest as the weather gets warmer, temperatures and tempers rise and the silly season becomes more serious.

Hide Transcript Show Transcript NOW TO A KMBC 9 EXCUSES -- EXCLUSIVE. THERE ARE SOME BIG PLANS IN THE WORKS AT THE KANSAS CITY AUTOMOTIVE MUSEUM. LEADERS OF THE MUSEUM JUST ANNOUNCED THEY WANT TO EXPAND FROM THEIR CURRENT SPACE IN OLATHE. DONNA: KMBC 9'S MATT EVANS IS LIVE IN THE 18TH AND VINE DISTRICT THIS MORNING.


Family whose moving truck was stolen finds community in KC

KANSAS CITY, Mo. - The Holmes family's life in Kansas City started at a Days Inn on Hillcrest Road, but it wasn't the beginning they had anticipated. Still, Sabrina and Paul Holmes almost want to thank the alleged thief who took all of their possessions, because it connected the family to a true sense of community.

If you're in the market for a rental, you know how hard it can be to find a bargain. So what does the low-end rent on a rental in Kansas City look like these days - and what might you get for your money?


Campaign aims to save lives by installing smoke alarms in KC

KANSAS CITY, Mo. - Over the next two weeks, the American Red Cross, volunteers, and fire departments around Kansas City plan to install 1,000 free, working smoke alarms in buildings around the region. The initiative is called "Sound the Alarm." It raises awareness about the importance of smoke detectors.

Missouri Gov. Mike Parson said he is confident that the state will qualify for federal disaster relief following last month's Missouri River flooding.There had been concern whether the state would meet the federal threshold of almost $9 million in damage because the towns and areas hit hardest were not in the richest part of Missouri."Yeah, we're going to meet those thresholds.

When Kansas-born actress and dancer Louise Brooks wanted to travel to New York City in 1922 at the age of 15, she could not go alone. She needed a chaperone. Brooks' five-week trip is the basis of Lawrence novelist Laura Moriarty's 2012 book "The Chaperone," which has now been made into a movie of the same name.


9 Hwy shut down after box truck flips over

PARKVILLE, MO (KCTV) -- A two-vehicle crash shut down both directions of 9 Highway on Friday morning in Parkville, Mo. Police and medical crews responded at 7:32 a.m. to 9 Highway just east of English Landing Park after a box truck overturned while trying to avoid a car that had crossed the middle of the highway, according to police at the scene.

Nice looking apartments. But what does it look like one you walk outside