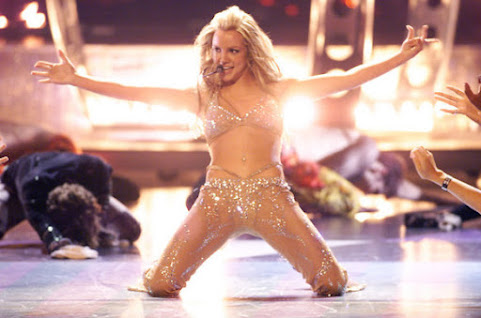 Late night consideration as a longtime pop-legend confronts continued harsh times and reminds us that those without her resources also confront an American mental healthcare crisis.

Peeps: Everything to Know About Britney Spears and Kevin Federline’s Relationship Through the Years

Closer to home we're taking a moment these links:

A social media challenge is encouraging the community to help clean up Kansas City.With the KC Trash Tag Challenge, residents pick up trash from parks, trails, boulevards and fountains; post before-and-after pictures with the hashtag #KCTrashTag and #KCParks; then call Parks and Rec to pick up the trash bags."We actually found a lot of interesting things -- a lot of, obviously, trash that people are discarding from fast food and drinks.

There was a flurry of activity Thursday at the old Brandsmart building in the Waldo neighborhood of Kansas City, Missouri, hours after the owner paid another fine. The building has sat vacant for more than decade at the corner of West Gregory Boulevard and Wyandotte Street.

Terry Zeigler/KCK PD SOURCE: Terry Zeigler/KCK PD Multiple people were hurt Thursday afternoon in a crash on Seventh Street Trafficway near Miami Avenue, according to police.Authorities said the crash was reported at 3:01 p.m. and involved two vehicles.Accident investigators said the driver of a silver Honda Pilot was heading south on Seventh Street Trafficway and crossed into oncoming traffic.

By embedding officers more deeply in the community, the Kansas City, Missouri, Police Department hopes to foster increased trust and cooperation with the city's residents. Ultimately, the goal is to make a dent in the rising plague of violent crime in KCMO.

Kansas legislators have approved Democratic Gov. Laura Kelly's plan for increasing public school funding in hopes of satisfying a court mandate.The vote Thursday in the GOP-controlled House was 76-47. The Senate approved the measure on a 31-8 vote to send it to Kelly.

JEFFERSON CITY * A Ballwin lawmaker called on his colleagues Thursday to support his plan to decriminalize marijuana possession. Republican Rep. Shamed Dogan told members of the House Special Committee on Criminal Justice that his proposal would keep nonviolent offenders out of Missouri's prison system.

KANSAS CITY, Mo. - The Lee's Summit Police Department issued a Silver Alert Thursday for a missing 71-year-old man with dementia. David Allen Depooter left his residence in the 200 block of Southeast Somerset Drive around 2 p.m. Thursday and has not been seen since, police said.

After a foggy start, sunshine will gradually return Friday. Look for a high near 66 degrees. Rain moves in for both days this weekend.

^^You might want to look into suicide. It would make the world a better place.

I think Spears would function better in small town USA. Back to her roots. The high (pun intended) flying years in hollywood have really taken a toll on her. I'm her age and can't imagine going through the unfortunate things she's gone through, self inflicted or not.

TOP PHOTO -- OOPS! SHE DID IT AGAIN

For her finale, Britney invited all the men on-stage for her vocal climax!!!

9 DIFFERENT TOPICS OFFERED YOU CHOSE THAT ONE 2 DISCUSS IN DEPTH.
I was once played guinea pig to some psych grad students. They gave an IQ test, but not really, told you you were an idiot, then flshed a bunch of words on a screen. You had to write down the ones you remembered, rainbow, obscure, twit, vagina, coffee, automobile....