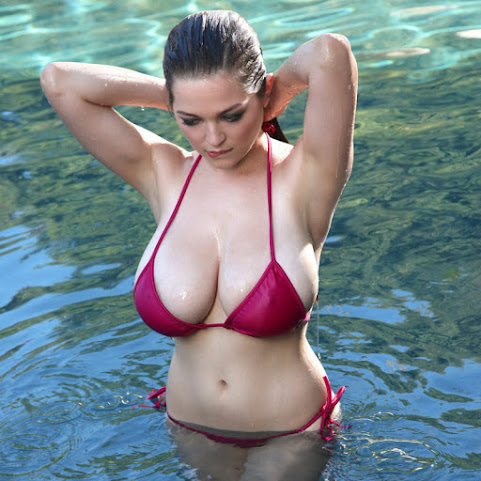 Hottie Tessa seems to be quietly bowing out of the softcore game and I don't blame her . . . But for now we're focusing on the bright side, her body of work and a bevy of nicer news for the afternoon. Take a look:

The Pitch's sixth-annual festival full of bacon and bourbon - fittingly named the Bacon & Bourbon Festival - is this Thursday, April 18, at the Truman. Last year's event sold out, so you will want to get your tickets soon. Do that here.

Mark Owen/KMBC SOURCE: Mark Owen/KMBC The Budweiser Clydesdales are continuing their Kansas tour to celebrate the state's new liquor laws. After a stop at the Kansas Statehouse on Thursday, the Clydesdales will be at the Hen House Market at 6900 W. 135th St. in Overland Park between 2 p.m.

Missouri lawmakers have talked about placing a statue of President Harry S. Truman in the United States Capitol for nearly two decades. Now, a Kansas City artist has won the commission to sculpt one. Sculptor Tom Corbin has been selected by a committee of Truman family members, along with current and former board members at the Truman Library Institute.


The Prospect: 'Cutthroat Kitchen' winner on the move with chef-inspired workforce training

As if being hot wasn't already unfair for the rest of the population - now the beautiful people can trade their looks for free restaurant meals, concerts, fitness classes and beauty treatments. Billed as a "model's passport to everything," Neon Coat is an app that lets models leverage their social media followings with businesses willing to give away goods and swag for the exposure.

Gentlemen, we will now observe a moment of silence while we pray for poorly tied knots!

^^^ No sure, Shitlock!
Thanks for pointing that out to those zero of us who hadn't already noticed.

Over/under on the shootings at a Nas concert at Starlight?

^^^ Good question. At least a double.