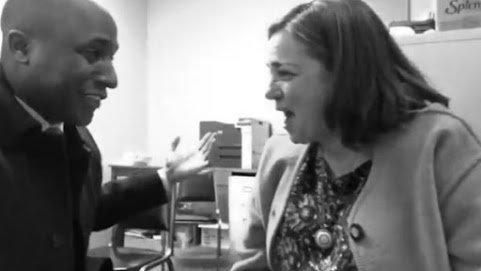 To paraphrase Kansas City's favorite suspected war criminal from meth town: If you want a friend in politics, get a dog.

But just like cute puppers, posing on social media with colleagues lends credibility and maybe even garners a few votes.

WHICH KANSAS CITY MAYORAL CANDIDATE HAS THE NICEST FRIENDS?!?!

Thanks to a dweeb in the comments, we noticed that Quinton Lucas is proudly standing with newbie Kansas Congresslady Sharice Davids: 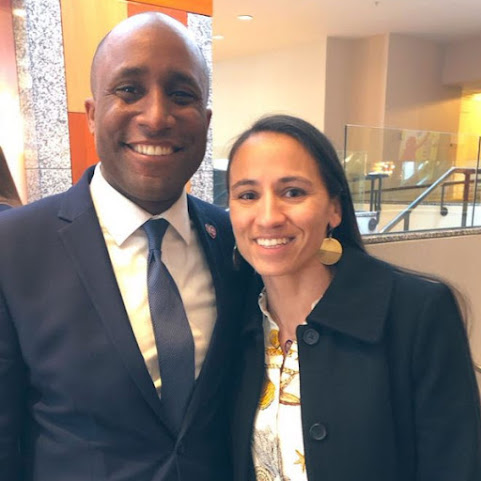 This one is from a little bit back but let's not forget that former Mayoral candidate Jason Kander offered his endorsement of Jolie Justus for Mayor and posed for "Women's March" moment of glory even if he hasn't really done much to help since then . . . 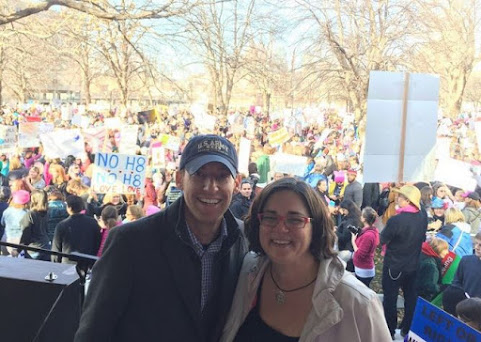 IN THIS VITAL COWTOWN PROGRESSIVE CHALLENGE: WHO WINS THE KANSAS CITY FIGHT FOR FRIENDS?!?!?

To make things even more complicated . . .

The creative class, Ward Parkway snobs, corporate lawyers and d-bags remodeling their houses seem to side with Jolie Justus.

We joke but the frenemy political face-off grows increasingly intense as otherwise progressive voters attempt to justify their selection that alienates at least one important demographic in the vast rainbow of Kansas City identity politics.

Give this one to Jolie.

A friendship with Kander gets her more cash, more access to national politicians and maybe even consideration from conservatives who begrudgingly support Kander as someone who works for veterans issues. If Jolie was smart she would try to talk about the plight of female veterans in the very near future. She might even have a genuine interest in that.

Nice front photo, it looks like he's asking her to dance.

Well, Sharice won and most of her support was from KCMO, not Johnson County.

Oh good grief. Now it’s a battle for who has the most gay friends

Looks to me like Quinton just straight up stole some of that precious "momentum" from Jolie Justus.

Kansas City is literally coming apart right in front of our eyes, and if we continue down this path it is hard to imagine any sort of a positive future for it. So please keep that in mind even as you are laughing at this political circus.

Lucas needs to learn how to hold his licker.

They are two shit sandwiches covered in greasy corporate nut butter. Not one tax-paying citizen wins in this election. Same old, same old.

Okay so basically we are going to get a Weak Black Mayor or a Weak Lesbian Mayor. Both basically spinless when it comes down to standing up against all the abuses and exploitation KCMO seems to enjoy so much.

Is it just me or does Luca's nose seem to be growing?

Fat and out of shape Lesbian who drinks to much. Seems like a perfect role model for KCMO.

This is the dumbest blog topic.

@6:27 has the dumbest blog comment. So you fit right in here, champ!

Our choice of these two "vibrant luminaries".

How can so many losers and clowns fit into one little mid-west one-horse town?
D-list celebrities pretty much everywhere you look.
Comedy gold!

The word colleuges works a lot better than friends, I don't even think they would make the mistake of calling them friends. Frenemies is too high school. You have to work with people in the real world, that might be something that geezers and bloggers don't understand. But I would say Jolie is doing a better job of getting out there and building support while quinton is playing politics. Like that "negative" campaign story he pushed on KCMBC.

Lucas and Sharice Davids = 2 affirmative action graduates of Cornell Law School who couldn't hack it in the world of everyday law firms.
Both Lucas and Davids play the "minority child of a single mother victim" at every opportunity possible.

Justus and Jason Kander = 2 more failed attorneys who turned to politics because they weren't good attorneys, and they're open to corruption and sleaze for personal advancement.
Justus plays the "persecuted lesbian minority" card, while Kander was forced to play the role of "depressed suicidal veteran victim" when his mayoral schemes were being exposed.

Which of these 4 seriously flawed individuals is capable of adequately representing any voters in the metro region?
NONE

What about the talented woman who used to work in Planning? Where did she go -- Quinton knows.