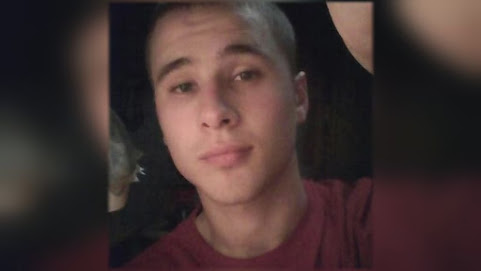 Today MSM offers an update on one of many tragic local cases that remains unsolved.

So far this year the KCPD clearance rate is at 55% amid a nearly 10-year-high murder spike.

Fox4: One year later, police are still searching for clues in murder of man working on gas line

Johnathon Porter, 23, was working at 9th Street and Brooklyn April 24, 2018 when a man walked up and asked for a cigarette. When he didn’t get one, the suspect fired several shots. One of those shots hit Porter in the chest and killed him.

Shortly after the deadly shooting, KCPD released surveillance video of a man they want to talk to about in this homicide, but none of the tips ever panned out. The man in the video was wearing a blue hoodie and gray pants. 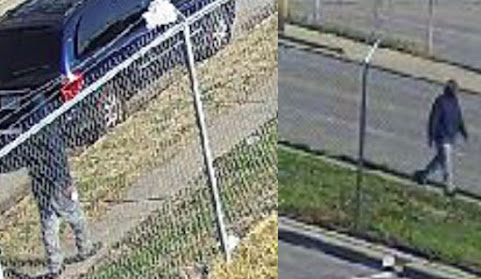 KCTV5: Gunman still at large after killing Kansas City utility worker who denied him a cigarette

KMBC: Reward for info in murder of utility worker up to $12,500 one year after his death

Let’s see. The US Justice dept took over the Ferguson police dept, I think it’s about time they did the same here

If the Justice Department did, then we'd be hearing about their "Lone Gunman" theory, that the same person is responsible for all 44 KCMO killings to date.

A sign that we need more mental health services on local streets.

Warrant sweeps, support enforcement arrests, parole compliance, and ALLOWING OUR PROTECT AND SERVE PROFESSIONALS TO DO EXACTLY THAT!!!

Jeez, this KcLOWNTOWN city hall NEEDS TO GET A CLUE from those top national ranks for both the murder momentum and the debt-burden, per capital. THERE SHOULDN'T BE MORE COSTS FOR CODDLING THE MISCREANTS with mental health services, but MUCH MORE KICK-ASS of the non-compliant and crims to help SWEEP THESE STREETS OF THE FUBAR FILTH!!!


What I can't believe is no one saw anything. Come on someone out there saw and heard something. Overloaded police, not enough police on the streets.
Sly's hands are soon going to have as much or more blood on them as Jim Jones.

Because they already do.

And you're still in need of a new troll catchphrase. Work on that, stretch your brain cell.

Jonathan Porter, Jeffery McDonald, and Harry Stone should be the top priority of the KCMO police dept. All resources should go to solving these black-on-white hate crimes, and make no mistake, that is what they are. Three productive members of society were brutally murdered by black males. All other murder investigations should be put on hold. If they have to get aggressive with someone that has information then so be it. Fucking solve them. The black male animal that randomly kills like this has most likely killed at least one other person

^^Why are these murders more important than all of the others?

Because the victims were white?

^^^ Yes. Plus, they are victims of a hate crime committed by the perpetually violent black male. These were productive members of society assassinated by black males from the hood. I would bet dozens of people in the hood know who assassinated a guy working to better their neighborhood, a guy with his head buried in the hood of his car and gets assassinated from behind by a black male, and another senior citizen that had the audacity to be jogging while a black male drives by and assasinates him. So yes, these productive members of society are a higher priority than Ja'Quan being killed is. Ja'Quan has probably himself killed someone and had it coming. Ja'Quan is one less person we have to house in prison. Ja'Quan is one less hood rat fathering multiple kids he will have nothing to do with. A serial murderer is defined as someone who has killed at least three people, how many serial murderers do you suppose are free on the streets of the East side right now? At least 10? Someone who would kill these three gentlemen in this fashion has probably committed multiple murders and will continue to do so, so yes, it should be top priority that these three black-on-white hate crimes should be solved. I know what you're getting ready to do after reading this: call me a racist. I find it incredible people like you are more offended by words, no matter how true they are, than hate crimes.