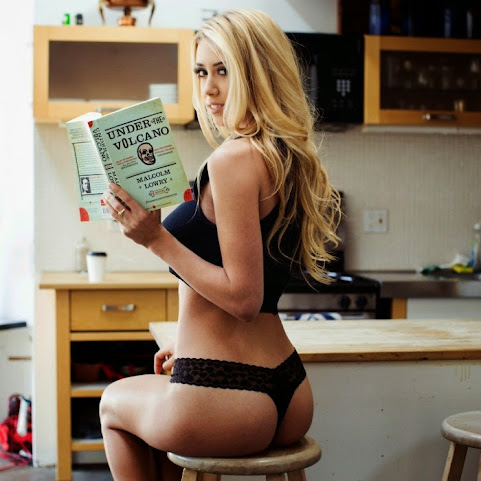 A couple of more items about coffee inspire our morning look in addition to hottie Mariah. Checkit:

Mashable: This high-tech alarm clock will make you coffee — and it's on sale

Biz Insider: This cup turns hot coffee into iced coffee almost instantly — and it has saved me a ton of money on my favorite cold drinks

Closer to home, here are the news links we're checking . . .

Springtime has emerged in all is glory. Roll the highlight reel for a splendid week in arts, culture, science and music in the Downtown Kansas City - Monday to Sunday, April 8-14: The Amazing Brain - The largest and newest exhibit in Science City, this 2,800-square-foot exhibit explores the body's command center.


'Just a lot of well-done corned beef' after Missouri wreck

EUREKA, MO (AP) -- Authorities say a weekend wreck on an eastern Missouri highway turned into a corned beef roast. The Eureka Fire Protection District says in a Facebook post that a rig carrying the meat caught fire Saturday on Interstate 44.

Local lawmakers are breaking down the Kansas Public School Funding bill that was signed by Governor Laura Kelly on Saturday (Apr. 6) and teachers say it is a relief to know students and educators across the state will benefit from it.

Like this artist's hit song, Rootopia reeled in Aminé for this year's on-campus concert taking place April 25, from 8-10 p.m. Rootopia announced on Facebook and Twitter that he will headline the concert "with a special guest" in tow.

Marcedes Lewis: 'No question' Travis Kelce is best TE | NFL "I think it's Travis Kelce, no question about it," said Lewis when asked Friday on NFL Total Access who the best tight end in the business was. Ranking All 32 NFL Teams' Running Back Situations, Best to Worst | Sports Illustrated Carlos Hyde is a smart addition and a tough runner.

There's a chance for a freeze next weekend.

Recreating a scene from her book, Mariah rocked my tectonic plates until a mass eruption dispersed a plume over her ash-strewn mounds!!!

And in other newz...

^^Lets see, it was cold and rainy all moth. I wonder if that had anything to do with it?? Hmmm?