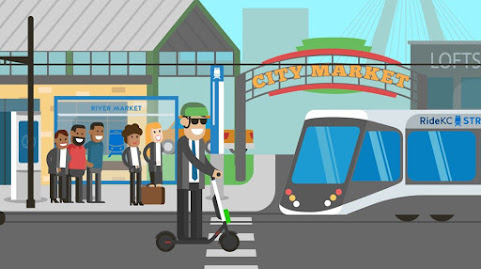 At the very least a branding deal signals a tacit endorsement of this tech as NOW COSTS DOUBLE and is still unproven to move anybody but a handful of hipsters around Midtown sidewalks.

The price of renting a Bird Scooter just went from 15 cents a minute to 33 cents a minute. Bird might be getting some competition in Kansas City. The city is considering proposals from several new vendors . . . 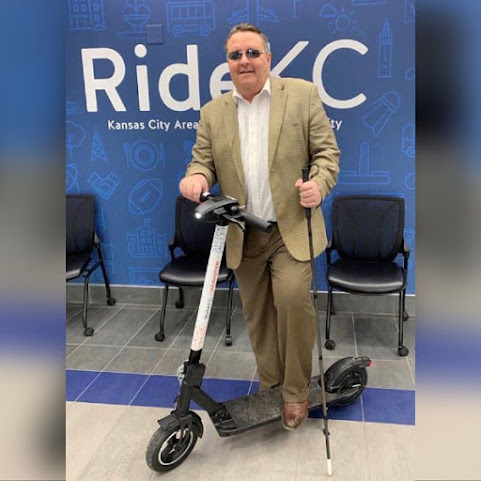 The city said they can't comment on the proposals, but the director of KCATA tweeted out a picture this week hinting at a prototype for a RideKC model. The transit authority confirmed that they submitted a plan for their own fleet.

And so we roll with opinion from our blog community . . .

NPR: As Electric Scooters Proliferate, So Do Minor Injuries And Blocked Sidewalks

Fast Company: The scooter wars are actually a century old

GreenBiz: The sleeper issue for new mobility tech is ... insurance?

So will the city pay for medical expenses ? Just when did KC taxpayers approve this ?

The medical community should fund them as they are the ones that will make the most money off 'em.

Disaster waiting to happen. Even putting our stupid sticker on the new bikes will put Kc on the hook for millions. Whoever put this on the map obviously doesn't know much about how transit really works in KC or anywhere else for that matter.

Helmet law if KC is going to be on the hook. NOW

You remember what fun is don't you Tony? Other than beating down other people's ideas and shooting down how people actually choose to live in 2019; I know that's your idea of fun now.

The city has more important and pressing needs other than trying to get a scooter plan for the hipsters. Apparently the jokers on Oak have completely forgotten about the true needs of the city.

Yes no doubt creating an amusement park environment for Kidults is KCMO's most important priority.

Kansas City Business Journal-11 minutes ago
A spokeswoman for the Kansas City Streetcar Authority told KMBC that authority officials “are in the midst of trying to figure out what this means” ...


LOL uh it means your game is over that's what it means.

You remember what fun is don't you Tony? Other than beating down other people's ideas and shooting down how people actually choose to live in 2019; I know that's your idea of fun now."

Darwin would be so proud!

Once again the city has failed to realize that this transit option will be unable to carry Tony Botello's fat ass from his mom's basement. Shame!!!!

Those are dumb, but those off road unicycles on Amazon are bad ass.

With a typical IQ of 80 maybe all these scooter riders will slip on the toy train tracks right in front of a telephone pole.

^^^ Actually, the scooters interfering with the streetcar are a big problem. Some of the riders are even getting the wheels stuck in the tracks.


Q: Why did the blind man shoot all the scooters?

A: His guide dog kept flushing the Birds!!!

How did this Mike Sanders' leftover wind up running the KCATA?

OMG, you can’t be serious!

Yes but the hobos can’t sleep,stay warm or comfy on them

no build a subway

The powers that be in this town have to be the stupidest politicians in the world!

Agenda 21 (Agenda for 21st Century) Kansas City is on board with the UN's agenda, We must put our vehicles away as we are contributing to climate change. San Diego recently shut down their new, very expensive bus system due to people refusing to cooperate, city council stated they would be taking away parking spaces, forcing to people to walk, ride bikes... What happens in CA, happens thru all the U.S. in just a matter of time.
NOT good!

Bird Scooters need to go! Its a BLIGHT in our city, they lay around like TRASH! I get it that the young bloods like the scooters, and thats cool, but they need to be parked in a stand, like the rental bikes are!!

The press photo is it's own parody. The bs of Sanders and the mediocre gravy train lives on. Don't forget Reardon was on this clueless backscratch gravy train

The Ata could use a serious reorg