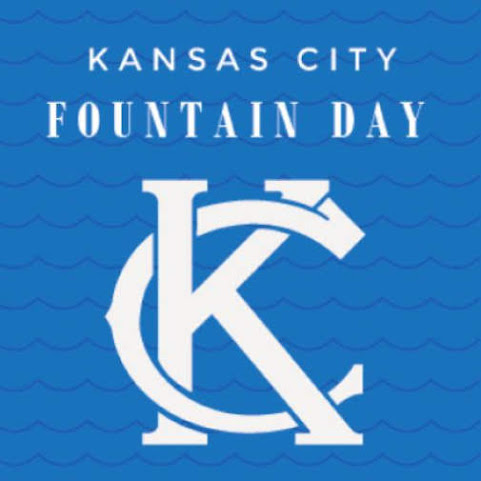 Today is the official start of the 2019 fountain season in the City of Fountains! Fountain Day is a Spring ritual and holiday unique to Kansas City. The Board of Parks and Recreation Commissioners and the City of Fountains Foundation invite the public to celebrate our newly renovated fountain made possible by GOkc funds.

Accordingly, here's a glimpse at some of the other Kansas City news links we're watching this morning . . .

KANSAS CITY, MO (KCTV) -- Fountain Day has arrived, and Kansas City will be living up to its reputation. Kansas City has been the City of Fountains since the early 1900s, and it costs millions of dollars to upkeep the fountains. Sometimes tax dollars are the root and other times it's private donations.

A Kansas City man arrested on suspicion of shoplifting was sentenced in federal court to seven years and eight months in prison on a gun charge. Joachim B. Jagetz, 39, had spent time in prison after shooting two police officers in 2001.

KANSAS CITY, KS (KCTV) - A second individual has now been charged in a two-decade-old cold-case murder investigation in Kansas City, Kansas. Corey Mason, 29, was charged with first-degree felony murder in the killing of Jeff Rogers in 2008. The charges came on April 12 from Wyandotte County District Attorney Mark Dupree's office but were only announced Monday.

Kansas will be taking steps toward allowing farmers to grow hemp for industrial use under a measure Gov. Laura Kelly signed into law Monday.The new law taking effect later this month replaces a state program only for researching hemp and its potential uses with a program for commercial production.

Severe weather is possible Wednesday evening throughout the overnight hours.

Works for a lot of reasons.

Good morning to another lively and world class daily episode of the Devils Playground KCMO syle.

Old people crying to heard today as per usual.

Fountain Day = Money down the drain.

Nice to see the rich doing something for this town. Maybe they should build us a cathedral.


8:53 who can't even complete a full sentence is crying to be heard too.

The fountains are a beautiful, positive and unique part of KC and I hope they will always be maintained.