Back To The Kansas City Grind Monday 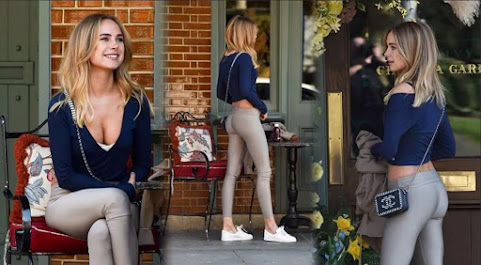 Hottie actress/model Kimmie at the Ivy inspires a bit of pop culture news contemplation that speaks to our blog community:

Federalist: In The Era Of Niches, Pop Culture Is Starting To Feel More Mysterious Than Ever

Closer to home here's a peek at some nice news:

Hipster Agenda From The Pitch

Courtesy Waldo Thai Monday, April 15 Waldo Thai (8431 Wornall Road) and Crane Brewing Company are teaming up tonight for a generous, one-off seafood boil. Chefs Pam Liberda and Kevin Foster are preparing several seafood courses, which will be paired with beer from Crane and cocktails by Darrell Loo and Mari Matsumoto.

Not one, but two mergers of academic departments have recently taken place at UMKC. The Department of Theater has joined together with the Conservatory of Music and Dance, and the Department of Chemistry has merged with the Department of Biological Sciences. Chancellor Mauli Agrawal revealed this development in a letter sent to all staff and students in late March.

Phase one of the Kansas City Chiefs offseason program got underway on Monday with meetings, strength and conditioning and physical rehabilitation. And on the first day... media appearances, too. Chiefs tight end Travis Kelce took to the podium and talked about the ankle surgery he underwent about six weeks ago.

PARKVILLE, Mo. - A simple tool used to keep geese away is turning heads in Parkville, Missouri. Park University uses a coyote decoy to keep the geese of their soccer field. "It's working, so we are going to keep doing it," said Jay Griggs, sports field specialist for Park University.


Five nature getaways to get your hike on near Kansas City

There is more to Kansas City than tall buildings, busy sidewalks and the sounds of city life. If you want a nature get-away close to home, there are plenty of nearby hiking trails to give you a much-deserved break to enjoy the beautiful weather.


Looking ahead to a slight risk for thunderstorms Wednesday night

Large hail and damaging winds are the largest threat. Warm and windy Monday and Tuesday ahead of the expected storm system.

"The Medium Is The Message"

Good dental health says one should use (and then throw away) a Toothpick after every meal.

Never heard of her but she makes me happy in pants.