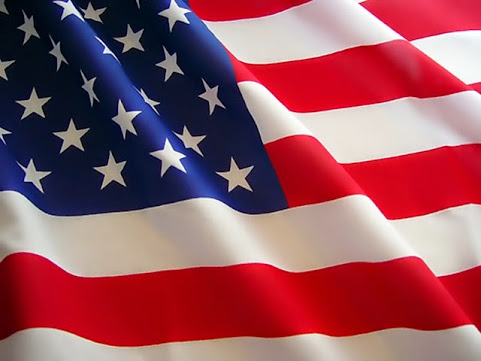 For locals curious about polling numbers and how the upcoming election might fare, we've got Kansas City REAL LIFE DATA DRIVEN RESEARCH that's worth sharing . . .

Here’s a map with a clear pattern. It shows the total turnout out of registered voters in Kansas City during the 2018 mid-term. Areas where 50 percent or more voted are blue. Areas with less than 50% turnout are red.

Data was sourced directly from the Kansas City Missouri Election Board.

Processed by a KICK-ASS TKC TIPSTER!!! 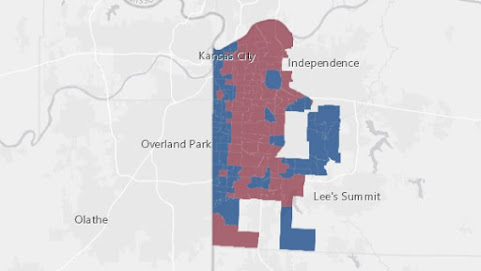 What we can see straight away is that heavy voting is mostly from the Midtown to Ward Parkway Corridor along with the East Side. Sad to note that the more populated sections of the Northland didn't see very much turnout last time around. Don't forget this was the "Blue Wave" election and turnout in Jackson County was 67.3 percent that shocked even election officials. It exceeded turnout in 2014 by almost 30 percentage points. This time around pollsters are saying turnout will slip back to single-digit lows.

And so this raw data look offers the same kind of view that pollsters are checking beyond the rhetoric of pundits and local "kingmaker" wanna beasts.

Single digits is generous when you count all the bused in senior votes.

I know that many such as myself are fed up with career politicians. Two terms and done is what's needed. We are also tired of going into the voting booth and holding our noses to pick the least worst candidate on the ballot. Maybe that's what is keeping people from voting. Nobody is running for office that should be in office.

Instead of saying yes for a candidate in a primary, maybe we need to be able to say NO to all of the above.

I work in the hood everyday and have for over twenty years and I can tell you that graphic is a lie, I see people trying to vote and standing in long lines. The churches and libraries are always packed with voters, someone is maybe trying to make sure the central core votes in massive numbers or the election board people are morons

As Super Dave says, holding one's nose is mandatory when voting for just another same old face in KC. That's why Clay is an alternative. Is he perfect? Of course not, but we sure as hell need something different that the usual suspects.

Super Dave, haven't you ever heard that "if God wanted us to vote, he'd have given us Candidates"?

I have to agree with "common sense" that Clay Chastain is the only alternative to the "Developers Merry-Go-Round" of the Barnes and James Administrations.

Sure, the "hand puppets" comprising the Council will rage and fume against the Chastain Administration every moment from the start, but they'll soon fall into line if the voters maintain their support for Mayor Clay, after all, they won't want to take the chance of being tossed out on their asses in the next election and having to go hunt for a real job.