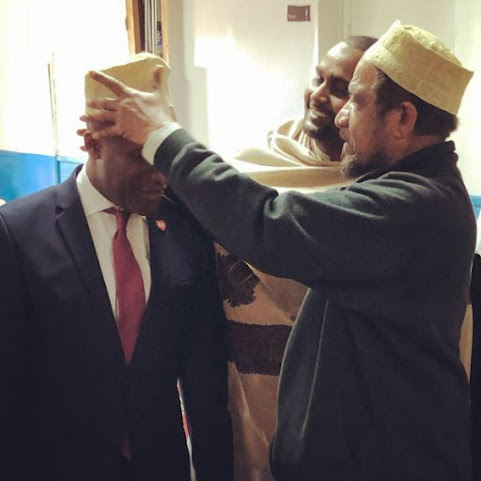 We're posting this Kansas City note not to play favorites but simply because it offers the best look at one of the leading local candidates for Kansas City Mayor advocating multiculturalism as a major part of his campaign strategy.

THE COUNCILMAN QUINTON LUCAS CAMPAIGN FOR MAYOR 2019 INCORPORATES LOCAL DIVERSITY INTO THEIR MESSAGING FAR MORE THAN ANY OTHER CANDIDATE!!!

In the aftermath of the blue wave but as KCMO copes with potholes and higher taxes . . . This strategy merits discussion. First, here's a look at his argument:

A recent poll doesn't capture our past several weeks of work, but the takeaway is this: Kansas Citians are undecided as we come into the final 2 weeks of the campaign.

We are in a great spot. Here is why:

- We've saved most our spending for these last two weeks
- We'll be in mailboxes again and again before election day
- Our campaign field team is unmatched in this race
- Ads are just hitting broadcast waves
- We have the support of tremendous groups like Freedom, Inc., known for their ability to turn out vote on the East side

Here is a brief recap of the week that was: 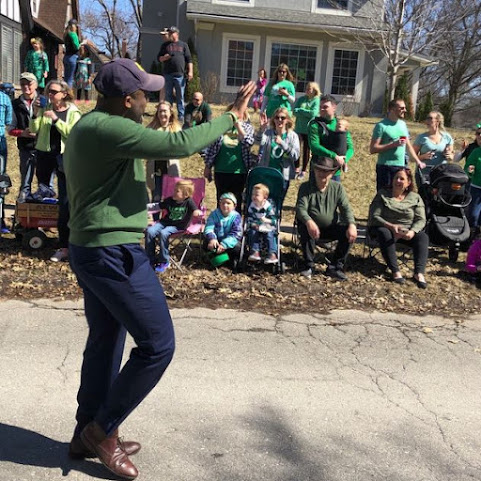 I joined both the Brookside St. Patrick's Warmup Parade yesterday, and the city wide parade. 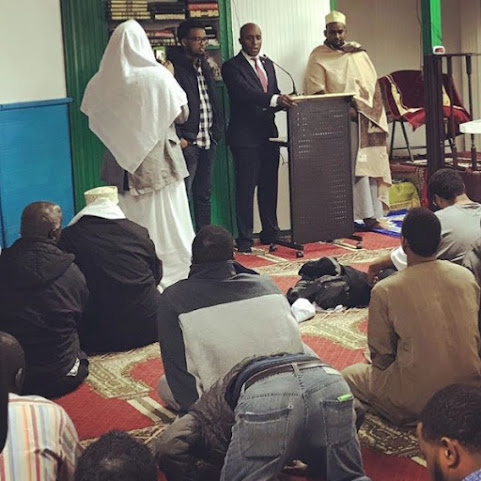 My visit to Masjidu Nuur Islamic Community Center in the Northeast came on the heels of the tragic events in New Zealand. While planned weeks before, I was honored to join my neighbors in prayer. 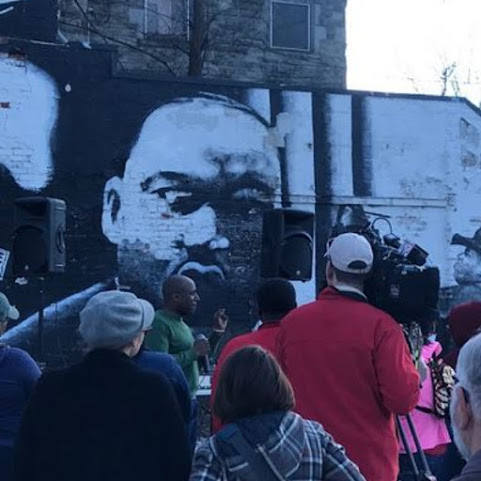 We hosted a campaign rally to champion my Economic and Racial Justice Platform. You can read the platform here.
#########

Given his busy weekend across KCMO in order to tout inclusivity as part of this political selling proposition . . .

HOW WILL VOTERS REACT TO THIS MULTICULTURAL PITCH FOR KANSAS CITY MAYOR FROM COUNCILMAN QUINTON LUCAS?!?!

it's a smart move. He's kind of like Kansas City's Obama. I think that might resonate a lot better than the angrier blue wave argument and tact that most of the candidates are taking.

Sly probably did him a favor by endorsing Jolie Justus.

He wears the hat to any other occasion. And he loses. Sorry.

He should have waited and served for a second term as 3rd District Council. He was doing a pretty good job and was a skeptical about a lot of the airport promises. That was important. I agree that he's doing a good job speaking to a lot of people and including them. But I notice that none of the top candidates are talking about what exactly they plan to do. It's mostly a lot of very vague language about their philosophies.

Just media attention is all it is. Look I'm cool because I do this when anyone who looks can see he really hasn't done a damn thing that really counts for anything.

Pandering on steroids.
If Lucas somehow becomes mayor, this will be the last time either these folks or anyone else in the neighborhoods see him.
It will be off to the Chamber board room for marching orders.
By the way, the next mayoral "forum" will be in a "game show format" and take place at the very same Chamber board room. It will likely resemble an audition for a puppet show.
And no, this isn't made up!
Momentum!!

Man in charge of charter corruption for boulevard name change. Good at slight of hand and lip. Less trustworthy than the current mayor...

Lucas's definition of diversity: where everybody looks different but thinks the same.

I can't believe anyone would fall for his pandering. But it looks like some have. Think of all of the wasted projects he has spent money on. After 911 did he spend anytime with people in KC who lost someone. Doubtful. This guy is unbelievable and so is anyone who votes for him.

Black politicians are no better at running the city/state/country than they are flying a 737 Max.

If you can stay on auto pilot, with white guys on the radio, you might do ok, if it gets dicey, you end up with a 4 billion dollar airport and a 100 million dollar "Jazz" area that is almost as stupid as flying with an unqualified Affirmative Action pilot.

Hey Lucas, are ya headed over The Netherlands today to comfort the families victims?

Sly endorsing Jolie Justus is like being bit by a black mamba. Definitely the kiss of death for Jolie.

Won’t help, he’s toast. I live in the real east side which got taken over by the third district and he ain’t done jack shit for us, nobody east of 435 is voting for him.

Quinton has directed as much funding as possible to the 3rd district and his Pet programs over the past few years.
18th and Vine
MLK rename
Jazz Museum and its board or directors
Linwood Shopping center
As a Mayor he would be a disaster for Kansas City. Instead of him addressing the urban murder rates and roads/general city services we got the jazz Museum and a Grocery store less than 2% of KCMO will ever step foot in.

I’m a white tax paying man. What is that cocksucker Lucas going to do for me? I would never vote for that drunken faggot.

^^Thanks. Now die off already.

Hate to say it but I'm voting for Clay. I honest to god don't like any of these retards

I could give a shit about multicultural bullshit! Grab a fucking shovel and start filling some of these potholes!

^^You too, you complaining bitch! The city's hiring!

Gopher Casey only knows how to fill his loud piehole and loose poohole! said...

Not a KCPS skolar, like you, and not of an affirmative action class....so, won't be joining you and your crew of dropouts and those degreed in slow shuffling+shovel leaning+long napping+chain smoking+frequent fussin' 'bout nuffin'....

@3:54, Yeah, saw that about the 30 job openings on the news a couple weeks ago. The city is hiring, alright. That private firm KC got to repair the streets is doing great work. Now, if the there was some way to fix the FUBAR momentum of murdering and debt-burdening!!!

He's forgetting to provide the fresh donuts at his appearances so his chances are pretty slim at the moment.

The Frostier Then Thou Frauds of KCMO Government said...

Will he keep up business as unusual? The so called momentum.

Vegas favors looks, personality, and the creative ability to lead all peoples. Deny it all you like...

After being a Councilman nearly 4 years, 2 weeks before the Mayoral primary, Lucas finds his way to the Northeast Islamic Center...it's a MIRACLE!!!

Maybe, he keeps up on international events more than you do.

People can talk shit about Clay all they want but he’s the only candidate that gives a damn about the average residents of KCMO and whose platform gives priority to issues such as improving infrastructure, fighting crime, improving schools, etc. These issues have to be addressed before worry about new airports, toy train and conference hotels.

^^^ Maybe he should run for office in Virgina where he lives.

Or just rent an apartment in KCMO like Slyme does.

I have received 22 emails from this bozo since Jan 30th. I think he is sending out from the neighborhood list from the city. Everyone one of the emails is to get campaign funds. Not interested in donating to this. I think it is tacky as hell to do that. I didn't like him much before now I can't stand him. He should be ashamed.