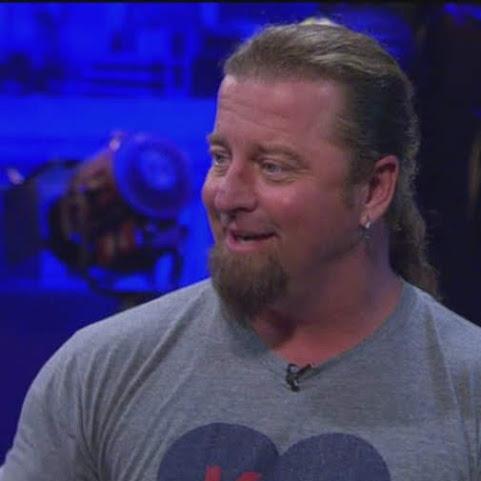 Rockfest at the Speedway sucked as low attendance and low energy seemingly drained the last bit of life out of the tradition.

Fact is, the time for RockFest has passed.

Here's the closest thing to an official explanation . . .

"In 2019, it was announced that Rockfest would be postponed until 2020. No official announcement was made regarding the postponement aside from a brief spot on the radio station and on Facebook, confusing many and giving rise to rumors. The primary reason cited by organizers is that the costs the bands charge to perform is too high, which is an issue that has been seen with other music festivals."

JOHNNY DARE AND 98.9 CAN NO LONGER GARNER A BIG ENOUGH AUDIENCE TO SUPPORT ROCKFEST AMID THE DECLINE OF TERRESTRIAL RADIO!!! THEIR REACH HAS CLEARLY DECLINED!!!

A recent tweet on the topic cuts to the core but offers an important reality check for a local hard rock audience that has been graying for years . . .

"All of the Rockfest lineups look great this year and the Kansas City one is going to be, like, mediocre old dude bands and local groups that all sound like my middle school emo phase."

That was just a hint of cynicism before the postponement announcement.

THERE IS NO SALVATION IN THE SUBURBS.

Finally, the point of this post is that, behind the scenes, fans shouldn't expect a triumphant return of the fest according to Team Johnny Dare as the longtime local talker keeps hinting at his departure from the airwaves.

Not looking forward to the Johnny Dare podcast.

The bands have sucked for a while now. I will miss the drugs and having young sluts show off their firm luscious titties though.

Like all good things ,it come to an end.
Maybe it’s time for Johnny to grow up and act his age.
Don’t be that creepy old man that people don’t want to end up like.
He is a good guy he will end up alright.

Johnny Dare will probably rip off some other shock jock like he did with Mancow Muller.. he should be sued for plagiarism and run out of town on a rail in tar and feathers. He's made his money and his living ripping off other people's Act. That is why he never left Kansas City everyone in the business knows he's a fraud and charlatan. The best thing that could happen is he was to go away!

It's not surprising. I'm an old metal guy but I haven't been to Rockfest in years. Sorry but my idea of good bands isn't Shinedown, Disturbed, Chevelle, or any of the other numerous shitty bands that sound just like each other. This cancellation speaks to a larger problem with music today, especially traditional rock. Radio has been beyond terrible for years now. I'm 49 and NEVER listen to the radio anymore. At home and in the car it is satellite and at work it is Spotify or some other streaming service. I'm still a huge music fan but terrestrial radio has nothing for me so I don't listen. I hate what constitutes "new metal." Five Finger Death Punch or any of that bullshit flat sucks. There is a reason none of these bands play arenas and only play festivals or Midland-sized venues; it's because they can't draw on their own. I've heard Bob on the Johnny Dare show say the day Rockfest doesn't turn a profit it's done, we'll that day arrived it looks like and I'm not surprised. Corporate FM radio has done it to themselves and they deserve every shitty thing that comes their way. Check out a documentary called Corporate FM on Amazon. It's really good and made by a KC film maker. It has a national perspective but refers to KC heavily in it.

You losers can hate on Johnny all you want. But he has what a lot of you don't have, a job, money, land owner, takes cool trips all the time and fame. Cry all you want nobodies, but Johnny Dare was and still is a successful Kansas City celebrity, while you losers fight each other to be head of the homes association at your trailer park. Rockfest to put on the show most of you want to see would have to really up the cost of the tickets and you meth heads don't want to cut into your drug money to pay for that.

"If you need LSD to appreciate music, you don't understand it." - Mozart

Correct, and he got it all by ripping off other people so no I don't want to be like him. I'd rather have made my money my way my style my company. So piss off you brown noser. And Learn To Worship people who have made it the correct way!

Albert Einstein once said, mans intelligence is limited but his stupidity is infinite.

Try a Different Location then The speed way Better Bands They have Rock festivals in Southwest Missouri and they are successful. Oklahoma has a few a year Try Berkley Park Your Surrounded by a half a million ROCKERs in the Metro. Get Great Bands IT is the Promoters that slacking.

Johnny has been half assing it for the last 2 years. He seems like he just doesn't give a crap anymore. I went back to 101 after 3 weeks of giggly girls and desperate dudes vying for crap T got out of a jerkshop. They moved Rockfest from KCMO and now it is not profitable.... Shock (More than Johnny running through the same skit over and over.) As others have said get good bands like Sata Cali Gon (A venue that is put on by people that still like the music they are hiring.) has and put it back in KCMO and it will be profitable. Johnny lose the jerk shack crap and interviews that just promote yourself and possibly your contract wont be so tenuous.

Fill the roster with modern metal like Equalibrium, Skiltron, Alestorm, Sabaton and ect. Also play that stuff on the air and you may get an audience.

Going to the speedway was a bad idea. It needed to be kept at liberty memorial. I don't know if they city made them leave but it really was a crazy event for that day and I'm sad it's gone. Granted, I never had any desire to go but I was glad it happened. The city needs big festivals and stuff, even if it's dumb fucking events i would never want to be caught in

look,JONNY DARE SUCKS! HE STOLE HIS ACT FROM MANCOW! EVERYDAY THE SHOW IS A DITTO OF THE DAY BRFORE. JONNY MUST BE SUCKING SOMEBODY DICK TO KEEP HIS JOB!

HE'S BORING AND I'LL PUNCH HIM IN HIS BIG NOSE FOR 3 DOLLARS!

GET JONNY OUT OF HERE . A FAT CHICK WITH HAIRY ARMS WOULD DO BETTER

Mancow was a generic Howard Stearn. Get off mancows dick you fucking nut hugging homo. You've commented 3 times saying the same shit, finally resorting to all caps. What you should worry about is your propensity to chug some radio jocks cock. Mancow hasn't been relevant or on air in 20 years.

The speedway Rockfest was my favorite but ya know it was a crazy hot day. I loved having real bathrooms. Can be a lot of factors. I guess I'll have to rocklahoma.

Station plays Guns N’ Roses 100 times a day, doesn’t give new bands a chance, then wonders why rock is dying

Well... looks like only Rocklahoma from here on out. ��‍♀️

It's not a lack of fans for true rock, it's a lack of true artist and too many idiots going to fight and just get fucked up. Rockfest is an all age event despite the pot booze and tits
However speaking as someone who's been going since I was 10, it has always been a traditions and a love of rock heads all around. Not anymore though, shame.

They don’t have any rock festivals in Southwest Missouri

Agreed! Paid for VIP tickets only to discover that the VIP section was off to the side of the main stage 😒. Much cooler vibe at Liberty memorial.