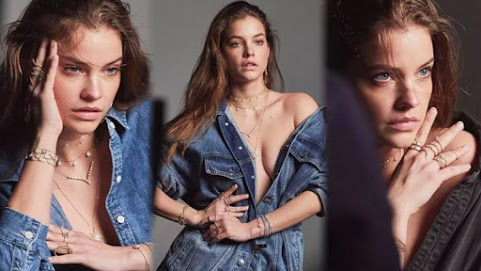 Hottie Babs inspires this evening look at the game of jewels . . .

HHW: Young Dolph Liberated Of $500K In Jewelry While Eating At Cracker Barrel

Closer to home, here are the news links that matter tonight . . .

Segment 1: "The state was funding 60 percent of the cost of education, the students and families were doing 40 percent. We've now seen an inversion of those ratios," according to KU chancellor. More than 700,000 working-age adults in Kansas are operating in the labor force with no relevant postsecondary credentials, while the demand for highly skilled workers continues to rise.


KU professor speaks out about Oscar win, growing up in KS

LAWRENCE, Kan. - He's a small town guy from Junction City, Kansas. "I love film. I love movies. I loved them as a kid," said KU Professor Kevin Willmott. Willmott made it his career-a screen writer, professor and now, Academy Award winner for "BlacKkKlansman". He won Best Adapted Screenplay, a movie he wrote with Spike Lee.

Right-to-Work provisions in the Kansas constitution give workers the right to decide whether to join a union and pay dues, but a Johnson County legislator wants to make union membership mandatory. HCR 5008 is sponsored by Democrat Jarrod Ousley of Merriam. Ousley did not respond to requests for comment on his proposed constitutional amendment.

SOURCE: KMBC Kansas City firefighters helped battle an apartment fire Monday evening in Grandview.Fire crews were called just before 6 p.m. to the building in the 12400 block of East Third Street.Smoke was showing from the roof of the building when firefighters arrived.There were no reports of injuries.

OVERLAND PARK, KS (KCTV) -- It was Friday around lunchtime when Overland Park police said a horrific crash at 69 and College Boulevard took the life of a 21-year-old young man. Monday, the man police said is responsible for his death went before a judge.

SURPRISE, Ariz. - Now entering his eighth season of professional baseball, former Kansas CIty Royals first-round pick Bubba Starling is making his strongest push yet toward making the major-league roster. "I think it's coming down to being relaxed and comfortable." Starling said.


Tuesday will be mostly sunny, 23 degrees

Temperatures will drop off to about 10 degrees tonight. Tuesday will be mostly sunny and not quite as bitter. The high will reach 23 degrees. The thaw begins o...

RIGHT TO WORK - KANSAS
I worked for 44 years for a union company in Kansas. I was never told that I had to join a union and I was never told not to join the union. I don't think changing the law is going to have the positive effect that the democrat politicians say it will. The truth of the matter is that if a person goes to work for an employer and does his/her job they have nothing to fear and don't need union representation. The most positive thing about having a union are wage progression, healthcare and retirement benefits. I did belong to the union and I would again in my case but they never had to do anything for me to protect my job, I took care of that myself through my work ethic.