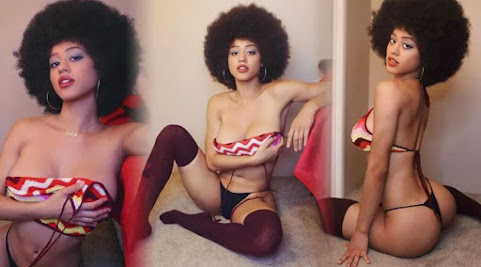 Hotti Stormi and her body of work inspire this history lesson to start TBT and festivities this month . . .

CNN: Queen Elizabeth posts on Instagram for the first time

Closer to home, here are just a few of the news links we're checking worth a peek right now . . .

Former Zona Rosa general manager Rosemary Salerno claims she was fired in retaliation for refusing to use parking meter fees that ordinarily go to charities instead for the Northland shopping district's operating costs.

KANSAS CITY, MO (KCTV) -- Kansas City police have one man in custody following a car and foot chase late Wednesday night. It ended about 10:15 p.m. when the man was taken into custody in the area of Northeast 44th Street and North Brighton Avenue in the Northland.

The Chouteau Heritage Fountain project in Kansas City took a big step forward with an unveiling of the sculptures that will adorn the installation on the west side of Chouteau Parkway, south of Interstate 35, and north of Parvin Road.


Honoring a pioneer at Truman Library

A statue of the first African-American woman in the White House press corps is on display for the next few weeks at the Truman Library in Independence. The statue of Alice Dunnigan is making a national tour. She was a reporter for the Associated Negro Press from 1947 until 1961, and she filed stories carried in 112 African-American newspapers around the country.

Justin Houston's time in Kansas City is all but over. Dee Ford has been tagged but could be dealt. If neither player is in a Chiefs uniform when the 2019 season kicks off, it will mean the front office willingly sent packing two of the biggest reasons for the team's lone defensive bright spot in 2018.

We are definitely getting rain this weekend.

TOP PHOTO -- NIP IN THE AIR

I have an OPINION!

Facebook yesterday announced it is shifting toward a 'privacy-focused' future.

Young will have to change names to escape 'cyber past' said...

What is that supposed to mean?

The Chouteau Heritage Fountain will probably not be properly maintained, as many other fountains have been neglected, by the city so KCMO will be known as the city of failed fountains.

^^^^ Aha! Yet another "cut and paste" weird anonymous snark by Go4KC!

(1)Real tacky to try to suddenly cut off charities.
(2) It's dirty dealings to axe Salerno with bogus "misuse" on funds, because purchases were not exceeding $5000.
(3) Firing her, but not the guy, on claims she conducted an enterprise they deemed conflicted to her employment was another FUBAR.

Item (1) may not be much of an impact to litigation, or, settlement.
Hopefully, the points in items (2) and (3) are very likely bringing the attorney and her client some KA-CHING!!!