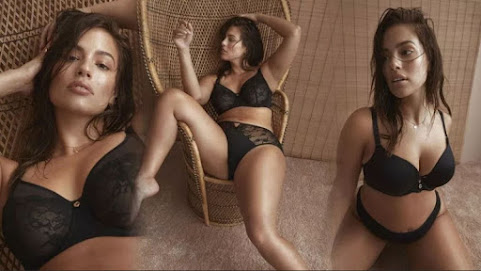 Lots of news to check this evening but first a glimpse at a rising star power player hottie who is making a culture shift work for her . . .

Rolling Stone: Model Ashley Graham Is Moving the Needle for Size Acceptance -- Plus, she has grand plans for media moguldom

Vouge: Ashley Graham on how to handle rejection and why inclusivity is a billion-dollar opportunity

Closer to home, here are the news links worth checking for late night readers . . .

KANSAS CITY, Mo. - Kansas City's star role in the third season of the popular Netflix series "Queer Eye" has topped the charts. In this week's edition of the , hosts Taylor Hemness and Lindsay Shively begin with a quick update on flooding along the Missouri River in northwest Missouri.


KSMO-TV to install new antenna; some may see disruption in service

FAIRWAY, KS (KCTV) -- KCTV5 News and KSMO-TV engineers are in the process of replacing the antenna that services the KSMO viewing audience. This change is underway, so the station can begin broadcasting on its newly assigned frequency, mandated by the Federal Communication Commission.

Sign Of The Times: Vaporware Debuts At Nearly Empty Golden Ghetto Office Park Soon To Be Selling Out

Sprint has opened the Sprint 5G Experience, a dedicated immersive center designed to showcase and explain how 5G works and to help change the way people live, work, and play. The company held a ribbon-cutting ceremony at its headquarters to unveil the space ahead of its 5G commercial service launch expected to begin in Kansas City and other markets in May.


Minsky's teaming up with Joe's KC for gourmet pizza

SOURCE: Minsky's Minsky's Pizza announced on social media Wednesday that it is teaming up with Joe's Kansas City Bar-B-Que for a distinctly Kansas City pizza.The new gourmet pizza will feature pulled pork from Joe's KC and will be offered for a limited time, according to the Kansas City Star.More details are expected to be released soon.

Listen up, style mavens! Kansas City Fashion Week 2019 is less than a week away. To get you geared up for the metro's fashion extravaganza, we're introducing you to one of the designers you'll see unveiled on the runway. Meet Duane Topping-a retired veteran who found peace in the creative process of haute couture.

April Fleming It's been a long six months for Laura Norris. The original plan was to seamlessly transition her beloved Westport Italian restaurant, Ragazza, into a bigger space at 43rd and Main, without ever really closing for business. Due to a variety of construction issues with the new location, though, that didn't happen, and since last fall, we've had no Ragazza.

KC is mostly food news. That might explain all of the fatness.

I would screw Ashley deep and hard.

Fat girls need love too. Find a 3-4 treat her like a 10 and she'll do anything you want.