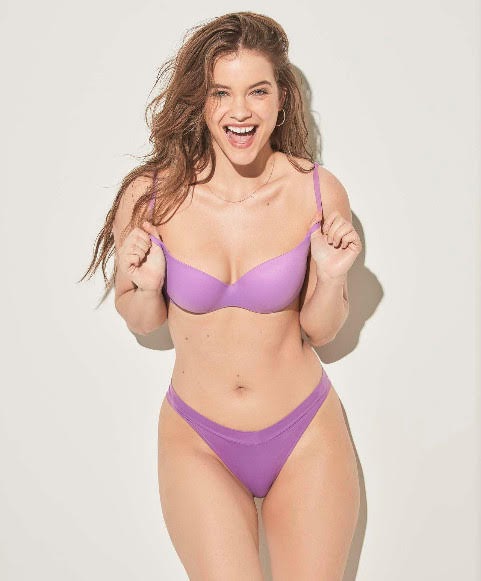 It's the weekend and so news about pop culture and panties is first and foremost on our mind right now. Checkit:

Inquisitr: At 5 Feet 8 Inches & 121 Pounds, Barbara Palvin Is Being Praised For Body Diversity After Becoming VS Angel

NarCi: Fans Are Saying That Victoria's Secret Only Made Barbara Palvin An Angel Because Of Dylan Sprouse

Closer to home, here are the news links we're watching . . .

He recently found out he has a different kind of cancer than his other doctors believed.

KANSAS CITY, Mo. - You may notice them for four days every March. Some hang out at Kelly's in Westport. Many stop at Power and Light for a beer. But all come to cheer on their Iowa State Cyclones. Year after year after year, for 10 straight years, thousands of Iowa State fans converge on downtown for the Big 12 Tournament.


Family of eight looking for hope after fire destroys home

KANSAS CITY, Mo. - Quita Currington and her seven children have called 2721 Cleveland Ave. home for the last year. Within minutes Friday, that home was consumed in flames. "Everything is destroyed," Currington said. "We have nothing. We have no shoes. Everything is gone."

TOPEKA, Kan. (AP) - Republican legislators in Kansas helped advance Democratic Gov. Laura Kelly's plan to boost funding for public schools Thursday before sending her an income tax relief bill that could make it harder for the state to sustain the new spending.


Missouri Lawmakers Go On Spring Break With Fights Over Abortion, Transportation And Finances Ahead

As the Missouri General Assembly hits its week-long spring break, lawmakers are mulling over what they've accomplished so far - and bracing for an array of items that haven't reached the legislative finish line. While lawmakers in both the House and Senate have been able to tackle issues that have historically stalled, such as curtailing the low-income housing tax-credit program, priorities that Gov.

OVERLAND PARK, Kan. - Future plans for a handful of vacant stores at an Overland Park, Kansas strip mall near 76th Street and Metcalf Avenue have neighbors expressing concern. The Two Dogs and a Cat day care plans to take the vacant stores, but residents are hoping the Overland Park City Council vote to decline the project.


KC woman to be honored for coach youth basketball

The Big 12 Tournament will honor Sarah Castle as a Phillips 66 Live to the Full hero.

Is it safe to say that if the Iowa fans weren’t here the big 12 tourney would be a failure? Sounds that way.

Having been confined to a wheelchair the last 16 years since breaking my neck that was a great story on the coach. Not only does she roll she ROCKS!!!

Iowa State fans are here so much, they should be allowed to vote. They are smart and don’t care for bullshit and lies. If they could vote, sly would never have been mayor.