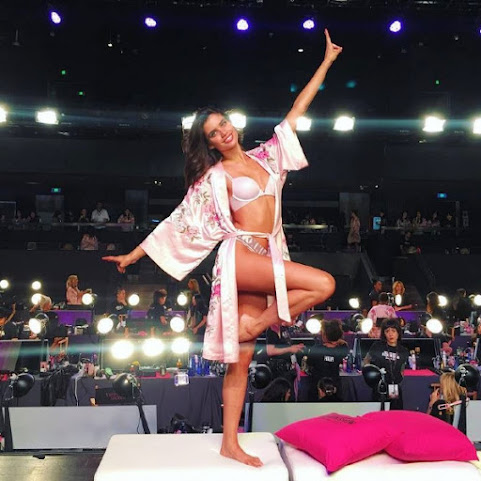 We offer tribute to hottie Sara as the culture zeitgeist continues to shift. Checkit:

Guardian: Victoria's Secret, your airbrushed grip on the lingerie world is loosening

Fox News: Communities struggle to cope after killings that authorities have linked to illegal immigrants

Closer to home, here are the news links we're watching to start the morning . . .


How (And Why) is Kansas City's Kauffman Center Shaped Like That?

Accordion-like folds curve toward downtown Kansas City, Missouri - now a staple of city's skyline. We're talking about the Kauffman Center for Performing Arts. You can't ignore its towering structure driving along Interstate 35. A third-grader from Apache Innovative Elementary School in Overland Park, Kansas, wondered something many do, too: "How did they make the Kauffman (Center) look like that?"


Extreme allergies are nothing to sneeze at

Remember when it seemed like all kids ate peanut butter and jelly sandwiches and it was no big deal? Today a lot of schools have set up "no peanut" zones, and some airlines have stopped serving peanuts to passengers, because of people with potentially deadly allergies.

Thursday, March 21st, 2019, by KMUW Radio U.S. Senator Jerry Moran of Kansas says he's "anxious" to learn the results of a new investigation into the relationship between the F-A-A and Boeing, announced this week after two deadly crashes involving Boeing 737 Max jets. About 70 percent of the Boeing 737 is built in Wichita.

The Environmental Protection Agency notified Missouri environmental regulators this month that the state's plan for overseeing the disposal of toxic waste from coal-fired power plants is not strong enough to protect human health and the environment.

When Lawrence songwriter Sky Smeed starts his new album lamenting that he's leaving yet again, he sounds sad, like we're about to hear a story of one more time when things just didn't work out. In reality, it's just the opposite.

How the Chiefs' release of Eric Berry blindsided the league | Yahoo! Sports Yahoo Sports' Charles Robinson and Terez Paylor report on the Kansas City Chiefs' abrupt release of safety Eric Berry. They examine how none of the common indicators that a player is about to be cut were signaled by the Chiefs or Berry's representation and gauge the Dallas Cowboys' interest in the ex-Chief.


Friday will be warm; rain chances increase this weekend

Look for mostly sunny skies Friday and a high near 62 degrees. Rain chances will increase for Saturday and Sunday.

Big City vibrancy as experienced by residents of Branson and Hays

Golly, Wally. Lumpy says I obsess about man parts, and it's way past time for me to come out to everyone said...

^Such an easy to trigger nignoramous. Try laughing it off, Eddy.