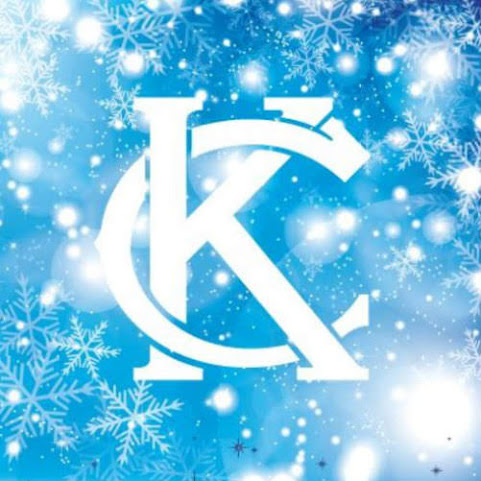 It looks like the snow won't be abominable as first predicted but it has shut down KCMO nevertheless.

And once again we offer this reminder and fact check for the local discourse . . .

OTHER MAJOR AMERICAN CITIES DON'T SHUT DOWN OVER A FEW INCHES OF SNOW!!! ONLY KANSAS CITY CONFRONTS STREET AND ROAD CRISIS AMID EVERY WINTER WEATHER EVENT!!!

WHY CAN'T WE BRAVE THE SNOW??? BECAUSE KCMO HAS FOCUSED ON DEVELOPER GIVEAWAYS FOR THE PAST 8 YEARS WHILST STREETS AND PUBLIC WORKS INFRASTRUCTURE HAVE DECAYED INTO GARBAGE!!!

There's more than enough blame to go around but so far very few politicos or authorities have stepped up to offer a solution or take responsibility during this election season.

And so, local biz, churches and people will spend most of this day indoors because Kansas City can't function in the snow. 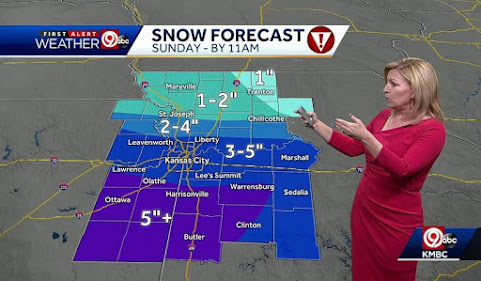 Brief aside . . . Anyone who values liberty should dislike authorities telling people to stay inside and off the streets. Of course police are just doing their job when giving this warning. Caution and public safety are on their side. But telling the public to stay indoors just feels like practice to control justifiable civil disobedience. In the end, THE STREETS BELONG TO THE PEOPLE and the warnings about road conditions are important, factual and welcomed but in the end it's just info and the public is free to operate at their own risk and realize that resources to help or protect them are limited - This is true in a myriad of situations beyond snow talk and something the public is better off realizing sooner rather than later.

Fact is, most of KCMO would be wise to hide under a blanket or behind a huge bowl of soup today.

But TKC, those other cities don't have our momentum.

Absolutely disagree. The street is just fine from One Light luxury apartments to our grocery store inside the building. That's all that really matters.

sLIE has body guards and a personal driver in a four wheel drive vehicle to get around in, the taxpayers paid for it of course.

Yo Yo The Weather Genius said...

Hey hey hey! Wut ya got to say!

Anyhooze da models are showing half a dozen scenarios, three of which I'm gunna choose as my forecast for the rest of the day until possibly tomorrow morning. The mystery is will it be model 1, 2, or 3. Stay tuned for the results of the coin flip.

Streets are great out here in lily white land.
It is because we are worth it.

Just got in from a night of hookers and blow.

Now, off to church.

Yip! Got er done. Streets are clean as a whistle this morning.

My Name Is Christ Hermandezzz said...

McBrushy has the streetcar tracks clear and wonderful. Come on down and experience the sights and sounds of the big city!

And it's free! Biggest ridership in the world. How bout a walking tour?

Have a vibrant and robust Sunday.

I'm bicycling right now. And you?

Jam packed with tourists on board today. Not a single peep of "white privilege" heard.


What are all those brown skid marks in the snow? I noticed they are all around the one light and other new construction.

^^^^^Aaaaand gopher checks in. The big guy gave him a charge number.

JoCo streets have been cleared and salted. Thanks to our road crews who have done a fantastic job all winter.

Sorry if I hurt your feelings; I was just speaking the truth.

108, you didn't hurt my feelings. I enjoy a reading your fictional accounts. Tell Albert Hi for me when you see him.

I'm not venturing out, not because it's slick-I don't know-, but because we can't see the potholes.

Every time I see Katie Horner I want to bend her over and give her all of my inches. A damn fine woman.

Streets are surprisingly good--even at 7AM, and better now.

^^^ Jump off a cliff rube. Your a waste of oxygen. Ya straight piece of shit.

And take his money after he hits the ground. And anything else of value.

Okay kids. Let's settle down on the bashing shit and figure out a way to finance our airport.

Your Next City Council Person said...

Wul I don't know about the airport but we can certainly give out more subsidies to developers, the out of state ones, to build more stuff so we have the appearance of growing. That wul attract the millennial's we need to buy lot's of craft beer and stuff, ya know, the $15 avocado on a piece of toast ones.

I suggest council take a break to have drinks, mandatory of course so we can paralyze sober citizens who have more experience and common sense then all of us combined when we return to session. We need to put a rush on lubing the Jazz district plan through.

If you ever wondered what a hen party sounds like, read all of these comments! Biggest bunch of bitches this city has to offer! Did you pussies always want to fail, or did it come naturally?

@1:08 it’s not worth the argument. The plows probably haven’t bothered with 1:24’s trailer park yet so he only knows what he sees.

This sounds like Gopher KC trying to be butch. Slime must have let him be the man last night.

Well I'm glad to be a cornhusker in the city. I got mine so kiss ma freaking ass.