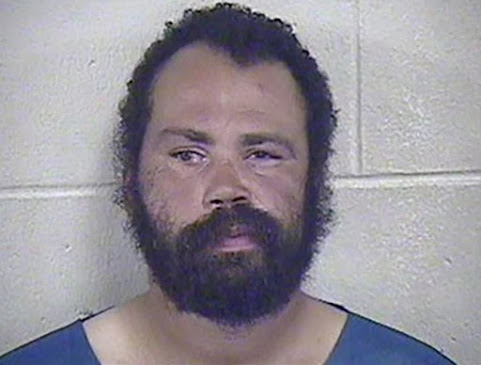 A homeless man was smacked down with a prison sentence of 30 years after fatally stabbing man for more than seven minutes.

(He) pleaded guilty to second degree murder and armed criminal action. He was sentenced by a Jackson County judge to 30 years on each conviction, with sentences to run concurrently.

On Nov. 14, 2017, police were called to a car wash located near 9th and Prospect Avenue on a reported stabbing. At the scene, officers located the victim . . .Video surveillance from an area business showed Scott repeatedly stabbing the victim and removing items from the victim. Police later arrested HIM in an unoccupied building on Truman Road."

Perhaps resembling The Lone Biker Of The Apocalypse will earn him respect in the Big House.