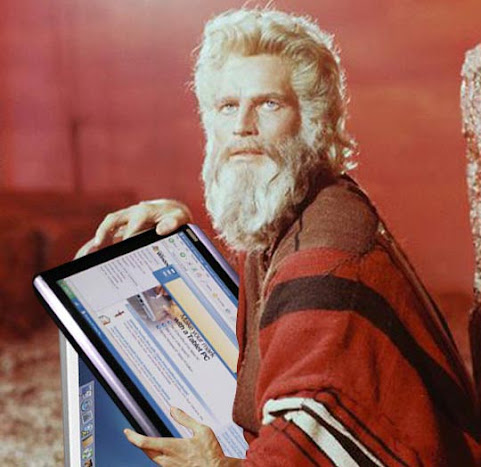 Sad to see Bill so far off base.

Of course . . . Tammeus enlightens us with the knowledge that it's just fine if people on his side of the ideological divide - the far left - behave like rabid bigots.

In his view (and he's mostly plagiarizing Paul Krugman of the NY Times . . . this column isn't even close to being original) prejudice and bigotry are only bad when committed by conservatives.

He even works in the phrase, "so-called war on terror." The moron has never had an original (or intellectually honest) thought in his life

Is he really that stupid

He's always been this stupid. I mean, this is a guy who (more than once) wrote a column explaining why he's just dandy with sharia law. You can read it yourself.

Tammeus spouts quasi spiritual nonsense all the time, the complex, ancient religion of Christianity neatly trimmed to serve a postmodern progressive audience of about thirty or so.

You do have to hand it to Omar, though, taking Obama to the woodshed on his fraudulent rhetoric and failure. Something appealing about an equal opportunity offender.

Ya gotta love Progressives. Over in Europe and here in America, they let in literally millions of Muslims (Even Omaha was blessed with 40,000 by way of our great leader Obama.), then, when Jews start getting their fuckin asses kicked, everyone acts surprised and spins the Narrative to try and blame it on whitey.

What a fuckin joke. Frenchy didn't start hating Jews, the millions of Muslims, who now control enormous parts of France and are even s I type, establishing "No Go" zones in America, HATE JEWS and - like Ilan Omar, will never assimilate and will always attack Jews. Meanwhile, Jews, who sport an averag IQ 10 points higher than the rest of us, continue, like dumb fucks, to vote Progressive. The incongruity is comforting on one level and on the other frustrating for anyone with an ounce of common sense.

Importing populations of peoples, with predetermined hatreds for the country they are coming into, you would think, would cause a pause with anyone that had above room temp IQ. But, Democrats don't care about long term problems, they only care about short term acquisition of power.

Fuck everyone, even their own kids.

^^^America has to be the dumbest country in the world. We invite people who hate us to live in our country, and admit hordes of others who drive down the wages of our lower earning citizens. We admit foreigners into the country on visas, then don't even try hard to keep track of them when they inevitably fail to leave as promised. We're lucky it has lasted this long.

Now, about Santa and the Easter Bunny.

Bill hates Israel and Catholics...the cuckhold (his pastor ducked Bill's wife) attacks them all the time on his blog while denying he does it.

Hello Bill's nephew was killed by Muslims and Bill defends them while he attacks Israel. Seriously I think he is mentally ill.

Tony's afraid of something. I wonder what wittle Tony is afraid of. Are some comments out of your comfort-zone, Tony ?

One day "champion of free speech", the next day, "oh my goodness, that's controversial". I wonder who Tony's afraid of.

Stay on that delete button, Tony ! We mustn't allow shocking truths to be told that might upset Jews ! We can't speak against Jewish Media Narratives, can we Tony ?

Everything's alright , Tony. Just eat something sweet until the fear passes. Everything's going to be OK. Momma Loves You.

Walk through a children's cancer ward, then talk to me about religion and a "benevolent, caring" god. Fantasy crutch. On occasional "miracle cure", but what about all the others who didn't make it. Storms come thru and reporters talk to people thanking God for their safety. Of course God didn't give a shit about the ones killed. There is goodness and evil in the world, but not from God. It's within us. Pass the plate.

8:30 and yet you support killing innocent unborn who have their whole lives taken from them. Only a Psychopath could go along with that.