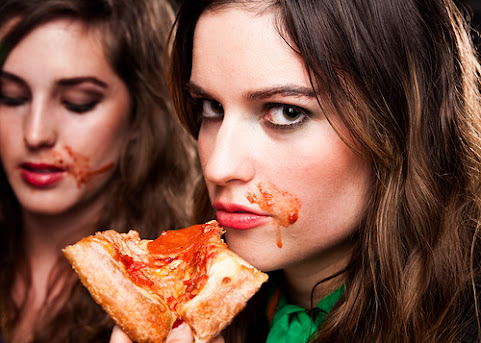 "The local franchisees of Pie Five Pizza Co. closed their Westport location less than a year after reinvesting in the space with an expansive craft beer concept and upgraded patio . . . The Westport restaurant faced ongoing challenges with sales volume and foot traffic. Although on "countless weekends" the parking lot was packed, the restaurant wasn't. Westport patrons opted for full-service bars to watch sports, and the Pie Five space was tucked in the back of a shopping center."

Here are a few alternative theories given that the location wasn't that bad and the parking was better than most Westport biz:

Pie Five is for suburban d-bags who might not feel safe as violence and street fights continue to plague the party district.

To be fair, there are much better pizza places in Midtown and this generic fare is targeted mostly for middle-class families who have given up on nearly everything interesting about life.

THE PIE FIVE FAILS FORESHADOWS HARSH TIMES FOR ALL OF THE GENERIC CHAIN RESTAURANTS TAKING OVER WESTPORT!!!

People don't need to leave the suburbs to go to Pie Five or most of the other new places, the Westport "experience" is about a somewhat exotic old school Kansas City location where sketchy character cut loose and patrons can have the time of their lives if the don't get stabbed in the face.

Westport violence is going to get worse this Spring. The street shut down isn't going to work.

Don't blame every business failure on sporadic violence in the area. The location and the product are more important factors.

But, combined with the closing of McCoy's and Sailor Jack's, something seems to be wrong there. Maybe the violence, maybe the resurgence of downtown.

Please! Violence didn't fail this place. The food is fucking awful! Who would go there when you can go to Joe's Pizza in Kelly's? If Joe's ever fails, then there's a problem! People don't go to Westport for Pie Five. I go to Westport often, and have never been nor would I ever go there. Hilarious!!!!

The Price Is Right Bros said...

Don't worry. We are going to fix it. With lots of shiny and bright new lookin suburban style stuff.

You need to appeal to a bunch of fat meth head weirdos in this robust and vibrant area of town.

When Opus is done, you'll need to appeal to a bunch of snooty cell phone addicted millennial's who will try your place once, never return, then move to Brooklyn.


I don't know what closed this place down I have never eaten there. The issue of crime has me worried though because if crime was bad during icy cold winter nights think of what spring is going to be like.

^^stay in Frogville! Lock your doors! Tony wants you afraid! It keeps you coming back here day after day to validate your fears like the other shut-in goons who populate this blog. Please do us all a favor and stay out of Westport!

Wisdom Of The Herd said...

Build It And They Will Come

Well, based on the reputable source rather than Tony's gloomy half-baked theories, no.

5th Most Dangerous City In The U.S.

Nothing to worry about come play after dark in this sophisticated and refined entertainment district.

LOL who in the hell with any brain cells and money is going to take their friends and family to Westport for a relaxing evening?

^^^Ugh. How old are you? Really..how old? Have you ever been to Westport morn? Westport really has never been for families idiot. It's an entertainment are filled with bars and restaurants. Kids have never belonged in Westport. My God, do us all a favor and find something else to cry about. I'm sure you can. You seem really dumb.

They should change the name to Shit Port

It's just wonderful. I took my family there and they said.. wow this is incredible Crack, is that where you do your radio show? And look at all the beautiful people, my gawd.

The pie five in leawood closed down a few months back too but no one talked about it. The location in westport is pretty transient anyway. There's always new businesses there every few years. so more of a perfect storm thing. I mean, the fried chicken that used to be a boston market place seems to be thriving...

^^So true. Tony doesn't want to mention the Leawood location because that would ruin his poorly formed narrative to keep the geezers scared and engaged. Those of us who matter see through it.

The pizza sucks at Pie Five. Better options like Papa Keno's and Joe's Pizza are a short walk away. To be fair, at a glance—possibly because it's tucked in between HopCat and Westport Cafe—Papa Keno's doesn't get the business it deserves. Parking isn't the best either, if you're getting carry-out. This isn't the 'burbs, and Westport isn't a strip mall, thank god. Westport is best suited for customers who are going to park, walk and spend time at a restaurant or bar, or customers who walk from their nearby apartment or house and pick up a meal. HopCat has some good pizza too. I'm sure there are other Westport restaurants that have good pizza on their menu.

Whats up with the parking lot wrangling and roping off in the sunfresh parking lot after night? I went there at 9pm one night and half the parking lot was tethered off, it was bizarre. Do we truly have no self control and idiots cant be trusted with a parking lot without shooting it up or stealing, i thought it would be good for revelers to park and walk to the westport road...

^^It's to keep the black youths from congregating there.

westport violence is going to get better this spring because uranus left aries.

Another triggered hot head. Shut the f.... up you fat fuck.

I went to pie five and watched them take crust and ingredients out of plastic sealed bags from sysco..wtf were they thinking.