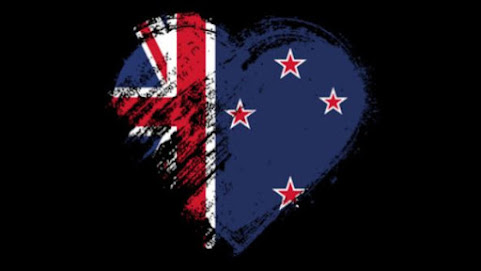 A round-up of local perspective and context on the American political fallout of International terror blamed on the right wing.

KANSAS CITY, MO (KCTV) - The day after a deadly mass shooting targeting Muslims half a world away, dozens of people showed up for their daily afternoon prayer at the Masjidu Nuur Islamic Community Center in northeast Kansas City.

OVERLAND PARK, Kan. -- People from all walks of life gathered Friday night at the Overland Park Islamic Center to pray for the victims of a pair of deadly mosque attacks in New Zealand. Mourners said a special prayer for the victims and their families.

At a Kansas City mosque Friday, part of the prayer service included prayers for the New Zealand victims.


The Memo: Questions sharpen for Trump after New Zealand massacre

Friday's mass shooting in New Zealand is sharpening scrutiny of the rhetoric of international political figures, including . Even trenchant Trump critics have not accused him of a direct line of culpability for the shooting at two mosques in Christchurch that left at least 49 people dead.

Fox News On The Defensive

But Both Sides Blame The Internets


In Christchurch, Signs Point to a Gunman Steeped in Internet Trolling

A camera mounted to his head, the gunman who livestreamed part of his savage attack on two mosques in Christchurch, New Zealand, on Friday began his video by casually making reference to a current internet meme. He appeared to be steeped in the culture of the extreme-right internet.

Some of the comments on yesterday's post were dumb but there were a few bright spots and people thinking beyond the headlines. That was good to see and that kind of conversation didn't really happen anywhere else with a local angle. May not agree with some of the more hardliner readers but some of them have a point.

Wow! Who could have predicted this?

So if all these idiots are trying to blame trump for this, who are they going to blame all the christians being murdered by muslims through out Africa in the last month?
Thats why i feel nothing whenever there is an attack on muslims Until the outrage goes both ways, I wont waste my time

"Media" is the plural of "medium," no matter how many parentheses you use, (((idiot.)))

All this misguided trump hate does is make his base stronger not weaker, they think (hard to imagine) that if they keep putting out hateful lies that people will change their vote to the lyin cheatin dummocraps, sorry, it wont work

You understand nothing about Trump or Hitler.

Christians being slaughtered and churches burned in Nigeria. Why isn't this news ?

@12:51, because nobody gives a shit what happens in Nigeria, but New Zealand is a civilized country!

And there aren't an "Christians" being killed, just one tribe of Blacks butchering another, samey-samey for a hundred thousand years in that festering shithole.

12:17: We KNOW what triple parentheses mean. What we don't know is why you deem it necessary to hide your antisemitism behind parentheses. Why not just use swastikas like your hero did?

What the hell are Moslems doin in new zealand anyway? Was it the best deal they could get , its like me going to saudi Arabia or libya if i got govt bux to move a world away. Do muslims have any shame that everyone hates their behaviors? Even the buddhists in Myanmar are shooting them.

1:27 is ignorant and proud of it. I wonder why his ancestors came to this continent. I don't doubt the indigenous people hated their "behaviors," especially the incest and bestiality.

Nah. You're just butthurt you lost.

^^ Beto only beats himself.

Christians being slaughtered isn't news... because... well I don't know why.