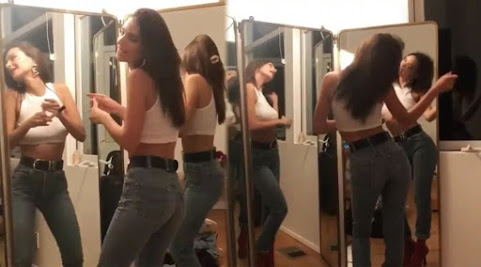 Emily Ratajkowski shaking her booty on Instagram has set the world on fire and piqued even more interest in her hotness. A few examples:

Inquisitr: Emily Ratajkowski Shakes Her Booty To Ariana Grande’s ‘Thank U Next’ On Instagram

InStyle: Emily Ratajkowski Says Her Husband Is "Fighting the Good Fight" By Not Paying Rent

Closer to home, we collect these news links to start the day:


KCFD puts out fire at warehouse on east side of city

KANSAS CITY, Mo. - Firefighters in Kansas City, Missouri, put out a fire early Friday morning at a storage facility on the east side of the city. Battalion Chief Brian England said an aggressive approach helped save the building. Crews arrived at Warehouse1, 7800 East 12th St., at about 3 o'clock Friday morning.


Hear the story behind "Satchel's House" in Kansas City

Kansas City, MO - Leroy "Satchel" Paige may have been the greatest baseball player who ever lived. He turned his legendary pitching ability and showmanship into a career that allowed him to thrive in a mid-20th Century era of segregation and Jim Crow laws.

ODESSA, Mo. -- A developer hoping to reopen I-70 Speedway in Odessa went before the Lafayette County Planning Commission on Thursday night for a third time hoping to get a green flag for construction and racing. But it appears that another pit stop and likely conditions for permit approval will derail the racing season before it could even return to the historic raceway.


It's time to discuss the midtown Crab District

Zach Bauman Been trying for several months now to write about the midtown crab places. Finally decided there was just too much to say about KC's blossoming Crab District (and the feud that threatens to tear it apart). No column could possibly contain such multitudes. We did a podcast about it instead.

There are a few chances for rain in the morning, mainly south. Another round will develop in the afternoon. Look for highs in the 50s Friday.

The city is planning on paying over 100 grand for Paige’s house and then spending up to 600 grand to restore it, just ask Shawn Hughes for the city


How what did she promise ya for this title and distinction?

i love food that is not regional. Nothing like the frozen thaw leathery crack of a crustacean.