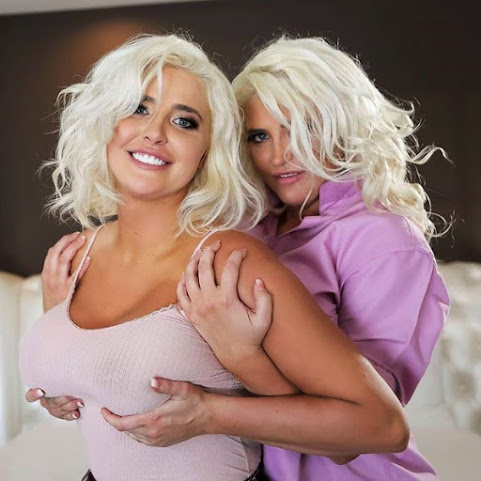 The Shannon Twins were once iconic Playboy hotties and now they've stepped up their game to hardcore pr0n whilst keeping their social media reach strong. And all of this reminds us that the "adult" pay for play games are now part of the mainstream.

Closer to home, these are the news links that have a hold of our attention as well . . .

Focus of Unleashed Pet Rescue and Adoption in Johnson County is on saving the lives of vulnerable animals.

KANSAS CITY, Mo. - Maureen Boesen has always known cancer risk was high in her family. "We're able to really track our history of breast cancer back to the late 1800s and early 1900s," Boesen said. "My grandmother actually passed away from ovarian cancer when she was 44.

FAIRWAY, KS (KCTV) -- A Kansas City, Kansas woman who turned to KCTV5 for help has a $3,000 check for a refund for an autopsy that never happened. Her complaint sparked a nationwide investigation into botched autopsies by the KCTV5 investigative unit.

ROELAND PARK, KS (KCTV) -- A dream home turns into a disaster for a Roeland Park family who's now fighting to get their money and their house back. "This is not the ideal situation I would like to be in during a pregnancy ... is sitting in construction zones," homeowner Sarah Alquist said.


Finding Friends When You Are Over 60

Sheryl Raineri grew up in the Chicago suburbs, relocated to the warmer climes of San Antonio for almost two decades, and then found herself in Kansas City, North, of all places, nearly seven years ago. She came here for family support when her husband was dying from lung disease.

Many pundits will tie the Kansas City Royals success to wins and losses. Many pundits have the Royals losing more than 90 games this season. Fangraphs predict the Royals to lose 94 games While Baseball Prospectus has the Royals at 89 losses. So, how do the Royals measure a successful 2019 season?

Actually I'm not complaining because I am a Senager. (Senior teenager) I have everything that I wanted as a teenager, only 40 years later. I don’t have to go to school or work. I get an allowance every month. I have my own pad. I don’t have a curfew. I have a driver’s license and my own car. The people I hang around with are not scared of getting pregnant. And I don’t have acne.

"Sheryl Raineri grew up in the Chicago suburbs, relocated to the warmer climes of San Antonio for almost two decades, and then found herself in Kansas City"


Welcome to the pit of hell Sheryl. It's Weird.

TOP PHOTO -- THE TIES THAT BIND

Kristina and Karissa claim their twin bond is so tight it's almost like they're strapped together!!!