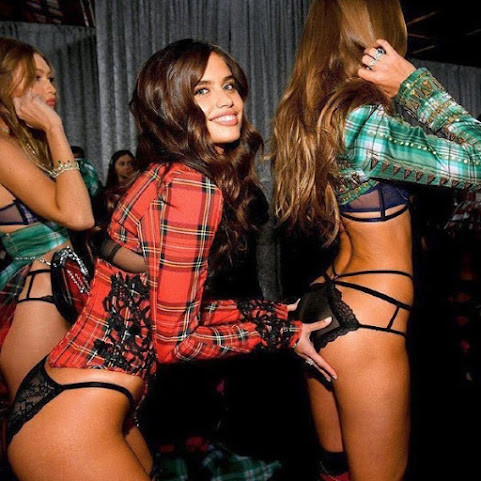 A slice of life from the world of hottie high fashion as we pay tribute to angels Sara & Josie help our KICK-ASS READERS get ready for the work day . . .

AdAge: Brands plot the future of retail at Shoptalk

Biz Insider: More than 4,300 stores are closing in 2019 as the retail apocalypse drags on — here's the full list

Closer to home, these news links are worth grabbing:

Love it or hate it, the snow keeps falling this winter and someone has to clear a path once it's on the ground. The latest round of snow early Sunday morning left people across the metro digging out once again.

NFL Network reporter Mike Garafolo reported on Twitter on Saturday morning that Kansas City Chiefs All-Pro tight end Travis Kelce had surgery on his ankle, in what is being called a 'cleanup'. This ankle surgery will not be a major hindrance to Kelce's participation in training camp, according to Garafolo.

The juggernaut of consistency and quality took on Los Angeles noir and Hollywood panache in the 2019 MLS opening match for both Sporting Kansas City and LAFC Sunday night at LAFC's Banc of California Stadium. And despite playing their third match in eleven days, it was Sporting Kansas City's consistent quality that nearly grabbed the happy ending.

If you want Dee Ford and are also an NFL general manager, then the Kansas City Chiefs are open for business.

Where is the best donuts this morning?

Sara, the mischievous angel, got Josie into a tight jam just before her runway strut!!!