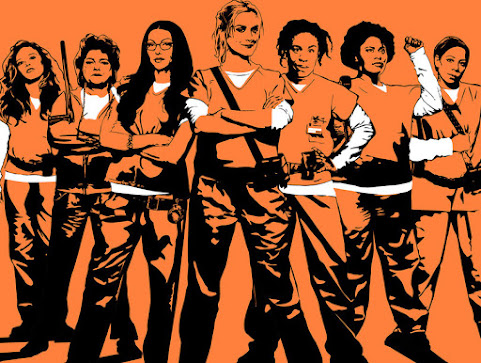 Context for our discourse . . .

"There isn't anything that Trump could do or say that cable news wouldn't debate," Cenk Uygur of The Young Turks said, referencing Trump's Fifth Ave. comments, "he could say 'you know what I'm Black' and his supporters would go on cable news and go 'orange is the new black, of course he is' and they'll have a debate!"

Closer to home, here are the news links we're checking regarding alleged misdeeds and all manner of other local topics . . .


Experts offer tips to prepare for basement flooding ahead of time

KANSAS CITY, Mo. - With significant flooding happening north of Missouri, experts suggest Kansas City area homeowners inspect and prepare their basements before nearby rivers rise. For decades, in Kansas City, Missouri, has been focused on foundations, helping more than 45,000 homeowners.

The Kansas City, Missouri Police Department is asking for help to identify the suspect involved in an armed robbery at a KC discount store.Police released video of the incident, which happened at a discount store in the 5900 block of Wilson Road.That incident happened in broad daylight at 1:54 p.m.

KANSAS CITY, KS (AP) - A former Kansas City priest who was defrocked last year following an investigation into allegations of child sexual abuse no longer has valid licenses to practice medicine in Kansas and Missouri, according to registration records.

Travis Lee Davis in custody Escaped inmate Travis Lee Davis has been captured in Pettis County.According to the Pettis County sheriff, Davis was arrested in eastern Sedalia early Tuesday morning.Pettis County Sheriff Kevin Bond said authorities believe Davis returned to Missouri Friday night, and that he had been hanging out, "just over the county line from Sedalia."Authorities conducted two manhunts for Davis in the Sedalia area.

KANSAS CITY, Mo. -- A local barbecue nonprofit is headed to Nebraska to help thousands of people affected by flooding. Operation BBQ Relief said on Facebook that it plans to visit shelters north of Omaha. Crews will likely serve as many as 1,500 meals per day.

Rent Too Damn High in The Dotte


In Wyandotte County, Housing Is Eating Up Paychecks And Harming Health

It's no longer news that when it comes to its residents' health, Wyandotte County ranks near the bottom of Kansas counties and Johnson County ranks at the top. Nor is it news that the health disparities between the two adjoining counties have less to do with individual behaviors than with socioeconomic factors like income levels, jobs, education and long-standing practices such as redlining and predatory lending that discriminate against people of color.

Linda McMahon, who heads up the Small Business Administration, spoke at an international business conference Tuesday in Overland Park, Kansas.

Sen. Blunt Stands Up For Troops

SOURCE: John Hanna Democratic Gov. Laura Kelly has withdrawn a trial-court judge's nomination to Kansas' second-highest court in the face of opposition in the Republican-controlled state Senate.Kelly's decision Tuesday came only a day after Senate President and Wichita Republican Susan Wagle predicted that nominee Jeffry Jack would not be confirmed to the Kansas Court of Appeals.Republicans decried posts on Jack's Twitter feed in 2017 that criticized President Donald Trump and expressed support for gun control and abortion rights.

Young Turks meltdown on election night is still one of the damn funniest videos around.