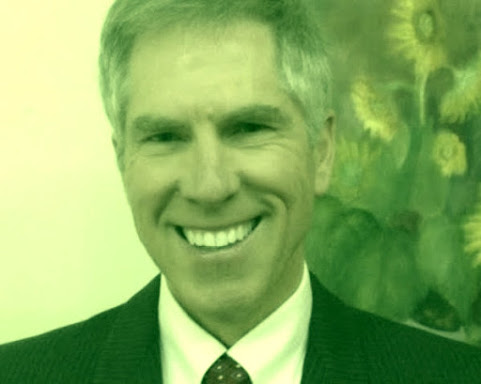 The new Metro KC Climate Action Coalition, all municipal leaders and all the KCMO mayoral and council candidates should embrace the adoption,voter approval and implementation of engineer Clay Chastain's new proposed "Green Transit System." The single biggest thing the Kansas City region could do to save its citizens time, money and driving hassles as well as combat climate change, urban sprawl and promote healthy density is to start using public transit, as opposed to driving everywhere. Out of neccesity, the world is going green and Kansas City must get on board. Even if our sudden climate change is the result of a naturally occuring cycle, and not man induced as most scientists now believe, we still must conserve our natural resources and use transit when we can.


But first, the people have to have an attractive quick, quiet and clean transit system made available to them. Right now we have a stigmatized, outdated, noisy and direct fossil-fuel powered bus system that is not an attractive alternative for most people to driving their cars. Clay's proposed green transit system presents the solution and will be viewed as the most innovative and successful new transit system in America. And I repeat, Kansas City's downtown streetcar system is great for the compact downtown area, but is not the transit mode to expand across the City. You are not going to ride a streetcar to the airport. Thus, the successful streetcar should be confined to the immediate downtown area, not be expaned further south and, of course, be connected to Kansas City's new cost-effective, environmentally-friendly and rapid green transit system.

Clay's all electrified, citywide and rapid "Green Transit System " (which could be run off solar power) will tie the City together, be easy to navigate and help peole get to job centers and major city destinations all across our City in ease and comfort while conserving resources and releasing less carbon into the atmosphere. Furthermore, using Union Station's north wing as its central hub will return to our City's "living room " its highest and best reuse.

This great green transit system will have an immediate positive impact on...

#1. Improving quality of life in our City.
#2. Serving as the powerful new growth catalyst Kansas City needs to attract new residents, businesses and conventions back to our City.
#3. Driving economic development across our entire City - not just downtown.
#4. Doing Kansas City's part to protect our environment.

which could be run off solar power


Yes since last November we've seen the sun for about a total of what five days?

All The Way With Clay

^^Yes, all the way to a sixth-place finish. Yay!

A vote for Clay
Will make the developers pay.

A vote for Clay
Is the only way.

A vote for Clay is the only way to ensure that he at least receives some votes.


Clay is all Kansas city has right now. People are leaving KC by the droves. Get it right, lets move the liberals out of our city and keep KC clean.

^^...and yet the city's population keeps increasing. Weird.

"People are leaving KC by the droves" Huh?? Hey 2:44PM:P What's it like to live in an echo chamber and be wrong about every fucking thing? Talk about an out-of-touch geezer! Hilarious!!!!!

an increasing population requires a smaller airport weird.
I am switching my cell phone service to Spectrum.