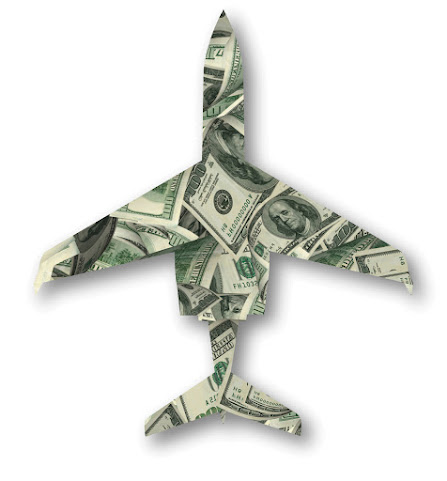 The Citizens For Responsible Government recently published this note:

"There is serious concern whether this is a legal move or borderline bond fraud. It it turns out to be bond fraud, any councilperson supporting these ordinances should be held accountable."

While this move may or may not be legal, it's definitely a departure from what voters were sold when the new airport "that wouldn't cost taxpayers a dime" was initially pitched.

As you are undoubtedly aware, issuance of municipal bonds generally requires voter approval. SOBs are typically an emergency exception to the need for voter approval. Circumstances may arise in which the city needs to raise cash quickly to remedy a significant threat to public health and safety, making impractical the time required for voter consent. For example, unexpected failure of vital city infrastructure might require expedited bond issuance in the form of SOBs. It’s clear, however, that bonds of this type are properly intended for exigent circumstances, not to create a pattern of circumventing voter approval. Yet just such a pattern has developed in KCMO in recent years.


One example is the city’s recent streetcar project, costing over 70 million dollars. This project was funded with special obligation bonds. This project was/is politically contentious, raising significant questions about the extent of voter support across the city. By issuing SOBs the city effectively rendered moot voter debate. With construction funds in hand, the project proceeded to construction, regardless of debate about the project’s merits.

Now we have the city calling for issuance of up to two billion dollars in SOBs to build a new airport. This may be the single largest bond indebtedness in city history; a massive increase in public debt by any measure. The proposed ordinance to authorize sale of these bonds can be seen on the city clerk's website.

(ACTUALLY, THERE IS A SECOND ORDINANCE FOR ANOTHER $2BILLION. CHECK OUT 190027 for $2Billion in a Senior Appropriation Obligation. This is a total ask of $4Billion)

Question: Where are the exigent circumstances in either the streetcar or airport projects? There certainly is no emergency at KCI, yet the airport is proposing to incur massive public debt without a public vote. How can this be justified?

Then there is the financial risk that voters are being forced to accept without a vote. The airport claims that taxpayers are at no risk of paying for the estimated $115 million dollar per year bond payments over the next 30 to 35 years. This assertion is based on the airport’s claim that airport revenue and airline lease and user agreements will cover the bond debt service. There definitely are, however, possible circumstances that could render this claim inaccurate, ultimately exposing taxpayers. The point isn’t whether the airport’s optimistic scenario is valid. Rather, the point is whether voters will have a chance to evaluate whether they want to accept the financial risks of proceeding with a project involving immense public debt.

Unfortunately, we’re seeing a pattern in KCMO where city officials are increasingly side-stepping public accountability by moving to directly fund projects they favor with SOBs. This is a practice that should be stopped.

The city is proposing to sell SOBs as soon as possible. In fact, news media report that the airport may already have committed 90 million dollars of SOB’s to airport construction contractors through the Industrial Development Authority, itself a shadowy entity.

Is this lawful? As of this date, nothing on the city’s legislative docket shows that the ordinance authorizing the SOBs has been passed. How can the airport spend money connected to this ordinance before it has even been voted on by the City Council? To folks looking on, all of this gives the distinct impression of an airport and city playing fast and loose with enormous piles of public money."
############
Posted by Tony at 2/06/2019 08:10:00 AM

This is standard operating procedure for Slie and the city minions.

Seriously, can we arrest people because of this? Half of the city council in chicago was arrested this week yet there's no real coverage of that


Well Sly James and the city of Kansas City are thieves so best thing to do is vote them out. Fight it at the polls. Oh I forgot most people are liberals and don't have sense enough to pour piss out of their boots before they put them on.

This is a lie. This whole diatribe is based on a falsehood.

Why are there Ashley Madison ads on your blog?

KCMO city trash services may be walking down the street yelling "bring out ur dead" on trash and recycle days like in that Monte Python movie at some point.

What is so hard about doing something right the first time? That No-bid contract was crazy and so was that RFP process which was dismissed as the ugly side of making sausage. Just plain stupid and crooked. I don’t care about the airport I fly it all the time. My wife drops me off at the curb I walk to the gate. Then she picks me up when I return. Such a convenient airport.

Why are you do desperate to change the subject?

We need to amend the charter to make it unlawful to pledge general city revenues for payments of non general obligation bonds (i.e.the kind that require voter pre approval). Or the general assembly can pass a law.

Yes this is a pipe dream.

Yes I am a no-influence gadfly posting a meaningless comment on a Muni-mayhem blog with pics of nice titties. Thanks,
Radish

@9:36: Diatribe based on a false premise? In 2017, 800 million in general obligation bonds (GO bonds) for city infrastructure went to the voters (it passed). Now the city wants to sell billions of dollars in bonds to build the new airport without letting it go to a vote. Why the double standard? Answer: Because this thing stinks on ice. The promise that taxpayers would not be at risk in building the new airport was always a lie. Taxpayers are always ultimately on the hook for bond debt. Jack wagon pols who sold this deal know it would be DOA if it got anywhere near voters. We need a lawsuit demanding a referendum on public debt of this magnitude. Or a petition drive to invalidate the city ordinances required to foist billions of dollars of new debt on taxpayers.

I can’t remember when the last time was that the City did something lawful. They’ve been breaking the law since Sly got in office. Hopefully, this will be scaled way back once he’s out on his rotund backside.

^^Jesus Christ Maude, you can't even remember yesterday! Go away!

The election for the airport should be nullified...........it is a bait-and-switch.