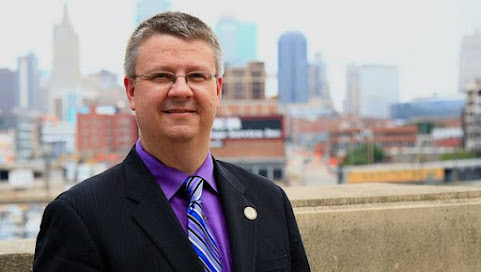 A 15-year-old young lady student at the Central "Academy Of Excellence" was laid to rest this weekend after she was gunned down after a tragic shooting in the school's parking lot following a basketball game fight.

The teen's funeral service was interrupted another spate of shooting.

In the lead up to the upcoming election, most of the mayoral candidates have been quiet on the topic of rising local violence. This word from the Mayor Pro Tem, who hasn't had much luck fundraising for his effort to take the City Hall top job, speaks to the issue in a way that other candidates have been avoiding.

Earlier this afternoon I was at the funeral of the 15 year young woman who was shot at Central High School. Her nickname was "Twin". I had the honor of giving remarks and hoped what I said was somewhat comforting. The end of the service was interrupted by an active shooter which caused quite a panic.

It was a very profound experience as the comments made by Twin's sister, friends and mother was a reminder of the challenges our kids and communities are going through. But most importantly why that violence has to stop. If an incident can happen at a funeral it means a cycle of violence will only continue. We can't allow that.

As I looked around me during this incident I was reminded of the privilege I had growing up (Let's face it, I and my classmates didn't deal with this). I was also reminded why I have to be part of the solution and do my part. I don't mean as a Councilman or a Mayoral Candidate. I mean me. Just like I mean you, too. There are kids who face violence, homelessness and challenges all over this City. They face it everywhere they look and everyone else gets to go home. Do something.

Twin was 15. I can't help her now, but maybe I can help someone else. Maybe you can, too. A few of us who were there talked quickly afterward. We are going to do something. No committees, no task forces, just do something.

A final thought: it puts the foolishness that I responded to in my last post (about Northland road work) in real perspective.
############### 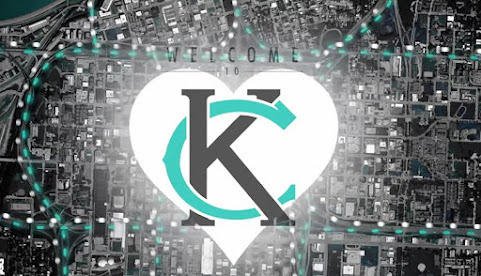 Wagner working hard for that black vote as anyone can see.

But, it’s more than the worthless no good mayor is doing, matter of fact, what are all of them gonna do, can’t keep ignoring the facts and hope they go away

At least he showed up.

Jolie isn't welcome at church because of her lifestyle choices.

Quinton doesn't believe in anything but his law degree.

Miller has a business lunch.

Phil Glynn is a hologram.

And the general has another commitment at his janitor's job.

Wagner is a good guy, smart--and servs the people of the city--all. He might not win, but he is the best candidate.

"The end of the service was interrupted by an active shooter...." Well, duh. The only kind of shooter is an active one.

I notice he offers no specifics about what he, as a person and not a candidate or councilcritter, will do to turn things around. No one ever does.

Nothing there is a proposal on how to stop blacks from killing blacks, or anyone else for that matter.

Good for him, at least he's naming the problem and calling out the total uselessness of task forces (like clown Jolie's) and community groups.

Did he get a chance to ask mom why she hadn't seen her 15 year old daughter in a month? How about dad, was he there? Grandpa? Is grandma only 42? What percentage of people there are gainfully employed? How many teen moms were there? I'm guessing some plans for retribution were hatched there so maybe some more hoodrats will meet there demise soon. I love the quote "let's face it, I didn't grow up with this." Yeah, no shit nobody on Earth does except black people. Asians, whites, Hispanics, Mongolians, Nepalese. Laotian, Hawaiians, nobody. Only black people. They are their own worst enemy. They are American societies worst enemy. They make things worse for everyone they are around.
"At this stage in my life nothing is more painful to me than to be walking down the street, hear footsteps behind and start thinking about robbery, only to turn around and see someone white and feel relieved." -Jesse Jackson

“I just the the fire go”

The notion that "everybody" has to try to do "something" about this is a tired cliche.
Of the population of over 470,000 residents in KCMO, only 13 people are elected to "govern" the city.
They collectively have decided, Mr. Wagner included, that such basic responsibilities of a municipal government as public safety, infrastructure maintenance and repair, responsible fiscal management, an even-handed tax system, common sense planning and zoning, and many other issues of importance to residents and small businesses in the city are lower priorities than playing real estate developer, catering to insider special interests, pandering to one demanding group or another, spending on "projects" of marginal utility, and all the rest.
The killing fields that the urban core has become is caused by the lack of leadership in that community, but to the degree that official KCMO could and should be addressing safe neighborhoods, they have been AWOL.
And so has Mr. Wagner for his entire four year term as a member of the council.
KCMO has averaged over 130 homicides for every year Sly and the current gang have been in office.
Yet the KCPD has fewer officers today than when they were first elected.
tens of millions of tax dollars have been wasted on fake completely ineffective and unaccountable "nonprofits" without anyone saying a word.
Facts are stubborn things.

Congratulations. Wagner now actually has to observe what many Kansas Citians see every day. He’s had 7 years to address the rapidly declining police staffing, but now that he is running for mayor he says what others have been saying for years. I’ve seen reports that the PD is down up to 150 officers from their high, but Wagner and Sly have ignored the crime in the city.

Sly continues to give tax dollars away and a Wagner helped him. Now our city is one of the most violent in the country. Just in time to address crime Wagner announces we must do something. The budget is all but complete and spending already allocated, but no more officers in the budget. Wow, what a stance Wagner has taken, especially when he’s behind in the polls. Ridiculous.

time for everyone to pick up a copy of Lord of the Flies, followed up by A Man Who Would be King The Shining, and Apocalypse now.

you can learn a foreign language so you can run around and say, oooh what is the word in english, ohhh you do not have the word let me explain.

Wagner stated " No committees, no task forces, just do something."

Ogun the god of metallurgy got the fire!
Play like you can just go buy Hardware.

Wagner is probably the best candidate. Which means he wont' get the job.

I’d rather hear Clay’s thoughts on the matter. He’s the best person running.

9:21 Lucas doesn’t live in killa shitty either, you seem to forget that..... often