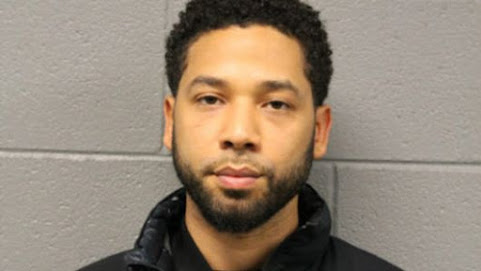 A local African-American Conservative leader speaks out on a national controversy and shares public disdain for the alleged trickery.

Henry Lyons, a real estate broker and president of the Olathe NAACP, said Smollett has done a lot of damage. Lyons believes liberal politics motivated Smollett's claims, which, Lyons said, will create a negative ripple effect . . . "I think (Smollett) should be prosecuted to the full extent of the law," Lyons said.

It's important to note that African-American leaders from both left & right seem to share these sentiments.

More links on the topic we wanted to share from all sides of the political spectrum:

Variety: Dear Jussie Smollett: As a Gay, Black Survivor of a Violent Attack, I Feel Let Down

It isn’t important whether he lied or not. We needed to have this conversation anyway because racial and homophobic hate crimes happen all the time in every city. Rather than prosecuting an innocent until proven guilty gay man, we should be thankful to him for making us aware of the hate crime black and gay people encounter every day.

If this was the pre personal computer/gadget and internet era (80's) Jussie might had a fantastic chance at being innocent until proven guilty.

You are a perfect example of why gays are considered degenerate and fucked up in the head.

Jussie Smollett is just one of many who has attempted to pull a scam as such. What Jussie pulled should be a federal hate crime with hard time and be forced to pay back all costs that incurred chasing his lies down.

Well put it like this if you want a textbook example of discriminating against people just take a long look at the Gay community and how they mess with people who are not in mindless lockstep with their agenda.

^^^^Hey dummy, didn't see you or Tony for that matter post anything about the Coast Guard LT who wanted to kill members of the left and pretty much everyone who wan't white. Can we get a patented stupid dave .10 cent opinion on that? Because until that one, I could give a fuck about what a moron like you thinks about Smollett.

OBVIOUSLY Lyons is a RACIST and HOMOPHOBE,
just like every other White Republican,
trying to keep any African American from succeeding!

9:58 totally unrelated to this and a completely separate type crime. How about you shutting the fuck up bitch and staying on the subject at hand.

Fact..... If your not gay how far do think you are going to get when dealing with the gay community?

He is puckered up waiting for the FBI results concerning the letter with powder in it. His Chicago problems will resemble a parking ticket if he sent that letter.

He's not as fu_^able looking with a nice rack like Sandy Cortez and doesn't rake in the clicks like she does so the lefty media won't spend much time promoting him as champion of everything wonderful.

Juicy Smellit is gonna be known as the first American to have scammed the Nigerians.*

*Ha! Read that line, and other fun shizz about this punk Al Sharpton-wanna-be on another blog a few days ago.

I'm sure all the hens on this site have their diapers fuul up over this. Don't ya?

$68,000 per episode. Over a million a year. Poor black guy butt hurt. Almost 95 percent of the population would be pleased with that. Black victim hood vs white privilege. Never going to be enough for the gimmes.

Too bad he is such a lying faggot. Most homosexuals are liars.

@9:58 Why don't we ask ourselves if right-wing extremism comes from nowhere, from nothing. Not just anyone is awarded a commission in the US military. The US Coast Guard , among other things, rescues people at sea. Are we expected to believe that someone is born hating everyone that's not white ? Or wanting to kill people that vote differently than himself ? It's about as believable as the narrative that says that Adolf Hitler hypnotized an entire country so that they would embark on a hate-filled genocidal killing-spree which included gas chambers with wooden doors, and cremation ovens that can reduce a human corpse to ashes in about four minutes.

I’m ok with the Coast Guard dude, which is off the topic anyway. Not so ok with the faggot black liar.

His mental state can't be too solid. With a lot of pressure from his recent troubles to boot. Could be a suicide. He had found success and had a bright future and came up with this bizarre hoax. Something very off balance about this dude. Damn i think I would feel sympathy for the dude if he showed some contrition. Must be miserable. Cops and prosecutor have every right to be pissed at him for wasting their time, using them, and basically trying to inflame racial tensions in our multi-racial society.

As far as the coast guard dude goes, yes if the evidence is there he should also get in trouble -dont see this as having a relevance to the false police report case. Thanks,
Radish

^^Daddy issues then? Thought so.

Gotta hand it to Charles Barkley, who calls 'em like he sees 'em and doesn't care what anybody else thinks about that. So refreshing after watching another black sports talk show host, Mike Wilbon, who finds more plantations in his head than there ever were in the deep south.

We have a NAACP office in OLATHE? Dat's some funny shit right there.

Yeah I was thinking the same thing. Olathe having a NAACP chapter? For....

Everybody should calm down. Yeah, he made a stupid mistake and made a false police report. The earth did NOT fall into the sun as a result. He should be charged, and then receive a warning telling him to get some help for his issues. He shouldn't be jailed or punished for the rest of his life because of this one slip.

I bet something else is puckered up just waiting to meet Big Bubba the cellmate.

@4:55 No less than twelve detectives were assigned to this attention-seeking Niggot's little stunt, in a town with a 17% conviction rate for the 566 murders committed last year. Realistically though, prison for a Black Homosexual is a bit like a vacation at the Bunny Ranch.

Is felony is not a slip.

This will be added to the history of Black History Month.

4:55 WTF A letter with cut out letters and white powder. 10 days later a fake assault carried out by hired help that had practiced the fake scene. Premeditated fabrication, and you think its forgivable? He could have started and may still start riots. He should be in federal prison on terrorism charges for at least 10 years. An example has to be set.

Rumor has it that Carwash's gay actor/model son is applying to replace Smollett in the series.

No, Kyle James will be taking on Pussie Smellit’s role with Sly making guest appearances as a fat, corrupt mayor of a midwestern city. Talk about typecasting.