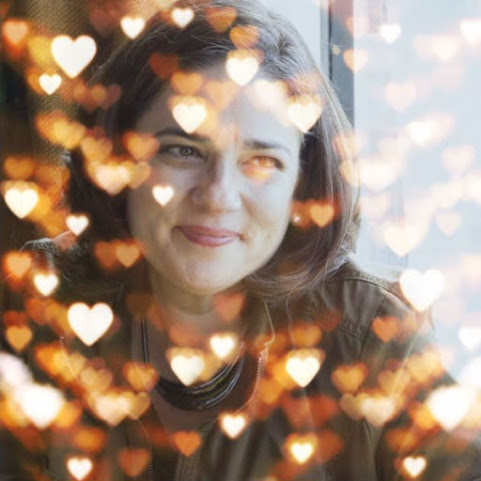 The airlines are desperate to collect $90-MILLION IN SHORT TERM FINANCING FROM CITY HALL that betrays promises that the new airport wouldn't cost taxpayers a dime.

INSIDERS FACT CHECK LOCAL REPORTING AND REMIND READERS THE AIRLINES ARE ONLY COMMITTING TO ABOUT 9-YEARS BUT BONDS WILL DAY DECADES FOR KANSAS CITY TO PAY!!!

Here's a worthwhile explainer that deserves consideration mostly because the newspaper is working to back the status quo on this EPIC ripoff.

How risky is the KCI deal for taxpayers? Airport cheerleaders insist there is no risk because the airlines have just agreed to pay for the deal. These politicos would like you to believe they have delivered on their promise of a free new airport. At the most reacent Aviation Committee hearing we learned that the airlines are supposed to deliver a signed deal by Feb 25th agreeing to pay. But what, exactly, are the airlines agreeing to?

A TV station mistakenly reported: “Southwest Airlines Managing Director Steve Sisneros says the carriers will pay the entire construction cost plus financing costs estimated to be about $300 million, and all of the interest on the project over 35 years.”

This report is wrong “Carriers will pay the entire..cost…on the project over 35 years” is not the proposed deal. Steve Sisneros, Managing Director of Southwest Airlines, was at this week’s meeting to explain the deal. Sisneros stated that a “majority” of airlines agree to pick up airport costs for a MAXIMUM OF NINE YEARS, not necessarily the 35 years of bond debt. Sisneros point out that airlines typically are not willing to commit themselves to these kinds of deal for more that a decade, often for only five years.

This is a little noticed detail but enormously important to the proposed deal. Any initial agreement with the airlines to pick up hundreds of millions of dollars in bond debt will expire in less than a decade. At that point they could pull out of the agreement. Would they do that, leaving the airport (taxpayers) to pay for bond debt for another couple of decades? Why not? Consider that the deal requires airlines to be collectively responsible for the bond debt. Any airline that drops out of the deal reduces its operating costs while its competitors pay more. But wouldn’t this get that airline kicked out of the airport? Almost certainly not. Why? Because that would reduce airport income, worsening its financial position. No, taxpayers will take the hit. The airlines get a shiny new airport, the taxpayers get potentially hundreds of millions of dollars of debt.
#############

She's starting her term as mayor off on the best note. Bankrupting KC!

This current city council is punishing the future children of Kansas City. They think they are bringing them to the promised land, but the handouts and mismanaged promises are only going to require massive tax increases.


Then again, A lot of KCMO voters are too stupid to see it coming. They just go look at the polling machine, see (D) and vote for whoever without educating themselves. Hey, at least we can all agree that stripping Paseo and renaming it MLK is going to bring hope and change. What a F’n joke.

This story is not developing it has already been decided and where the crumbs fall who knows. Bottom line the taxpayers are getting screwed big time.

Who's god damn idea was this whole damn fiasco to begin with?

For starters, that clam licker will never be mayor. Secondly, the new airport will be built, it's a given. As for what it will look like, who the hell knows.

Jolie is confident that the new terminal will be great and the decision to tear dwn the existing terminals was made by the airlines and aviation department and voters. Rehabbing 3 terminals more expensive than building new is the claim and by association so is rehabbing 2.

Again, KCMO tax payers who voted yes on this thing need to look in the mirror and take some of the blame for this as well. As mentioned, they voted yes with no design, no final cost, no financing plan, no guarantees from the airlines, nothing.

Yeah, S'lie is a dick cheese who's only out for himself and his rich buddies in the hopes that he can parlay it into a federal level political position (which will give him access to even wealthier constituents and more money for himself). I'm not sure I'd want to be mayor after him because he's going to leave us in dept up to our eyeballs while he's off in Washington doing his thing.

Let's back up just a smidge. I don't think people are against the airport in general. However the way this thing has been done by the council, and the lies that were told (won't cost tax payers a dime....) is nothing short of criminal.

Also, we can't let tax payers off the hook. How many times are we going to let our city officials sell us on the idea of, "it won't cost tax payers a dime..."? They told us those exact same words with the P&L.....and we know how that ended.

Our general fund has become a piggy bank for the council to use to satiate the wealthy and corporations doing business in our town. It truly is unbelievable the depths at which our council will sink to conduct business in this town. And the only winners are the council and the billionaires they support. And we're left holding the bag with increasing taxes and failing city services.

Yes Jolie and the airlines know they could never pay you what you would need through ticket sales.

This project is on the way to put the city on verge of Bankruptcy.
Too many hands in the pot, stirring nothing of value. Just let us proceed with New Century International.

We do not have to build a new single terminal! Read the ballot language. ALL THE VOTERS AGREED TO WAS TO TEAR DOWN THE EXISTING AIRPORT AND REPLACE IT. The replacement can be a single terminal or drastically remodeled two or three terminal campus (terminus).

I'm against the airport in general because I like the convenience of our current airport. I am amazed there is so little coverage of how much of a clusterfuck this is yet somehow there's like 30 stories about a softball coach who used a microwave

^^^^ yes the KC Star is complacent in this mess.

I don't think you guys understand business very well. Airlines are signing a 9-year lease, which is longer than the industry standard. They will re-sign in another 9 years because they want to continue to operate out of KCI. It would be stupid for the airlines to leave because they would be walking away from guaranteed revenue - if that really does happen, KCI is going to fail with or without a new terminal.

If edgemoor told the citizens of KC to bend over and spread their ass cheeks, 99.999% would do so.

Not sure but you might have meant complicit, perhaps complicit and complacent are both correct

There's the understatement of year.

You claim the airlines will sign again after nine years because they will want to continue to operate at the airport. Wrong. There is no provision which says they must leave if they don't up for another nine years. They simply stop being a signatory airline with the airport and switch over to paying on a Compensatory Cost Basis (pay only for services used). In fact, the airport would likely have trouble from the FAA if it tried to kick out carriers after nine years because the FAA says airports can't unreasonably restrict carriers available to the public. Southwest explained that it would only sign for nine years because it didn't know what business conditions would be like that far out in time. Translation: We want the freedom to bail after nine years if we're not doing as well as we would like. Bottom line: Unless the airlines agree to the whole 35 years, taxpayers are taking a risk.

This is another reason KC will never shake its cow town name. The only leadership I have seen out of this council is Alissia Canady for voting against the MLK hysteria and for the people truly affected who live on The Paseo. I look forward to watching her long successful career in public service unfold and admiring her nerve and integrity to do the right thing.