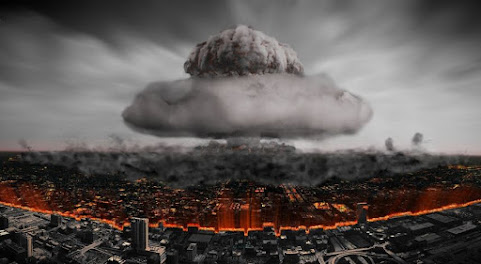 The most prolific petitioner in Kansas City history has is also one of the very few candidates running for mayor who is willing to get into specifics about the problems confronting new airport construction.

Citing election fraud is a risky political proposition but the evidence used by Mr. Chastain actually comes from City Hall and their inability to develop a clear plan that doesn't involve millions worth of taxpayer subsidy -- The exact opposite of what was promised to KCMO voters.

We have suffered from... corporate welfare, homicides, neglected infrastructure, corruption at City Hall and now an airport debacle we thought couldn't possibly get any worse. We stand corrected.

*It turns out the up front costs of the new airport is well over $2 billion (if the entire demolition of KCI, overages and bond charges are included). Voters were told it would cost $1 billion.

*It turns out the cost to finance the new airport will exceed $4 billion with KC voters having to guarantee those bond payments the last 26-years. Voters were told, "there's no taxpayer involvement."

*It turns out the airport will belong to, and be controlled by, the airlines. Voters were not told that either.

It turns out the airport election was fraudulently misrepresented to KC voters.

Mayoral candidate Clay Chastain therefore calls for a new airport election in which Edgemore's plan (including its actual cost, design features and financing details) is on the same ballot with an alternate competing plan to renovate KCI. Clay supports the "Alt 30" renovation plan designed by fellow (local) engineer Charles Cammack. (See the attached renderings depicting the overall renovated terminal design including..."terminal extensions" that create new exciting space and have illuminated glass facades, new Union Station-type ceilings, expanded parking space created by adding another level atop the parking garages in Terminal's A & B and the new "Terminal connector" and "Bridge" where a new light rail transit station, to connect KCI to downtown, will be integrated into the design. 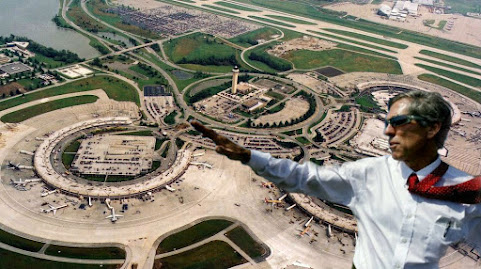 A major plank in Clay's campaign is his support for Kansas City's best airport improvement plan - "Alt 30". Here are some of its virtues:

#1. Alt 30 will cost substantially less than Edgemore's plan and allows Kansas City to maintain control and ownership of our airport.

#3. Unlike Edgemore's plan that will require the razing and hauling to the landfill of an entire structurally-sound airport complex, Alt 30 requires almost no demolition thus reducing building costs, helping protect the environment and minimizing traffic inconvenience during renovation.


#4. Alt 30 brings the planes to the passengers (maintains current KCI configuration); whereas Edgemore's "H" design will require many passengers trek 1,000 feet to their boarding gate.)

#6. Alt 30 cost-effectively utilizes the existing parking structures of Terminals A & B (adds another level to the top creating the desirable 6,500 spaces); whereas Edgemore's plan calls for the expensive (and environmentally disastrous) demolition of both sound parking garages.

#7. Unlike Edgemore's design, Alt 30 includes a transit station ( located between terminals) to connect our distant airport to downtown with a future modern and rapid light rail system

This is an example of the kind of leader I will be, if elected mayor. I will bring to City Hall... honest, able and visionary leadership. I will bring to the people... lower taxes, safer streets and a restored City from the ground up.

The one point I agree with here is that the other candidates need to start saying what they're going to do about their airport. I see one guy talking about his construction experience but he doesn't exactly saw what he's going to do. That's a shame.

The plan is to loot the airport, anybody who doesn't know that is on the outside. Even Mayor James is laughing about how much people don't really know.

May not agree with Clay's plan but do you know that 90% of the new airport isn't even designed yet? That's a really big fact that everybody is missing and to me that means two things:

1. There has been a lot of money wasted on the deal already.

2. We're already overbudget and behind schedule and it's just going to get worse. Both of those things are a fact and I don't see anybody doing anything about it. At least Clay has his plan, the other candidates don't really want to talk about it.

If you waiting for your city pension, Edgemoor says they taste delicious.

10% is a generous estimate. You have been given what has been done, renderings.

Damn shame we have to put up with such incompetence that clay is looking like the only credible mayoral candidate, probably because he’s the only one with a brain.

The people of KCMO were definitely lied to by the master, Slie, himself.

What a fuckin disaster. When I start thinking Clay Chastain is a viable Mayoral candidate based on the cronyism, malfeasance and corruption within City Government, we have jumped the fuckin shark.

Meanwhile, where I live, the streets are full, FULL of potholes as big as Pebble Beach sand traps, the water is always out, the water bills are bigger than your house payment, the streets and the area in general has deteriorated to the point where it looks like a Appalachia. I expect to walk outside now and see some toothless white boys in overalls distilling moonshine.

The new KCI is a clarion call for what is left of people with common sense to finally put an end to the insanity that is part and parcel of Tax and Spend Democrat initiatives that are now, sinking so many cities and states beneath an economic crucible which drains our city's future prosperity in lieu of short term gain by a select few swells "In The Know".

It's pathetic. That fuckin airport works like a dream. Is it good looking and as slick as Denver, or Tampa? No. Who cares? The emphasis should be on utility, speed and the unscratchable itch that everyone who has ever been to an airport feels, to GET THE FUCK OUT OF THE AIRPORT.

Airports all over America, are nightmares come true. The anxiety, the expected delays, the confusion, the lost luggage, the fear and loathing (Read Hunter Thompson's book, "Fear and Loathing In Every Airport In The US Except Kansas City".) is palpable for all American citizens, except here in KC. So of course, our city fathers/mothers/LGBTs/Trannies/Pre-Op-Bi-Polar-Bi-Gender-Trannies/"Influencers/Diverse/Inclusive/Kinda-Gay/I-Once-Blew-A-Trucker-But-Now-I'm-Just-Bi-Curious-Gender (Hope I got everyone there) idiots in charge wanna fuck it up.

^^Blah blah blah. Do us all a favor and move chuck. Then we wouldn't be subject to all your infantile rants.

This Council is made up of many incompetent folks who cared only that the new airport would bring employment to their unemployed residents in their district.
I would vote for Clay, 100%.

I would tell you to put a gun in your mouth and blow your brains out, but you're probably gumming away on your dad's dick.


Finally someone with guts to take on the city.

So is chastain going to litigate against the city on these claims? Or is this a politics only allegation of fraud? If the former, with what money is he going to fund a litigation, when the other side has a huge financial incentive? Seems hopeless and futile, which is maybe what attracts clay to it. He’s kind of a martyr. By the way I think he’s right about the new kci.
Thanks,
Radish

Hate to say it but Clay is right. I too like our airport and this whole debacle is one of the most embarrassing things the city has ever been through. They need to stop because it's getting worse.

There's nobody who knows LESS about municipal finance than Clay Chastain!!!

Except all of you guys. It's abundantly clear you don't know shit. Prove it. Keep commenting.

"Meanwhile, where I live, the streets are full, FULL of potholes as big as Pebble Beach sand traps, the

Just go look in the mirror.

^^from your mom's bedroom. She's fucking him.

^^Then call your mother dummy, she's fucking him!!!!

If anyone thinks that tax dollars won't be spent to "help" finance this thing then I have some beachfront property near Starlight Theater to sell you.

This whole thing is a fucking disaster. No design, no financing plan, no final guaranteed cost, no assurances from the airlines on ANYTHING....it goes on and on.

And the lemmings of this city voted "yes" anyway.

What S'lie and Jolie and the rest of their cronies on the council is nothing short of criminal. Unethical to the highest degree.

^^So call a cop then!! Jesus Christ, I've never seen so many butt-hurt bitches!!!

@3:51 PM, if anyone should be butt-hurt it should be you as S'lie and his cronies like bending people like you over routinely for cash to fund their shenanigans.

That was a really nice try fella!

Can Clay get more than 6% of the vote this time?

Cute. But the fact that Clay now has some credibility says volumes about the keystone kops at City Hall, who apparently cannot screw this up enough.

Except the entertainment crew down at City Hall, who can't even run a good grift properly. Can we get Boss Tom back?