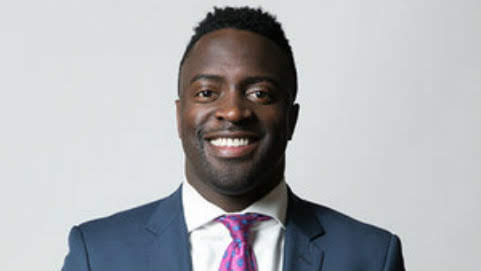 Today's ceremony on The Paseo deserves closer scrutiny from the media and has already garnered backlash in the 3rd District . . .

Facts and TKC FIRST NEWS that media should follow-up on . . .

CONGRESSMAN CLEAVER WON'T BE ATTENDING TODAY'S MLK CEREMONY EVEN THOUGH HIS LEADERSHIP SPARKED THE NAME CHANGE!!!

Councilman Reed is hosting a MLK sign installation ceremony today, he planned it (poorly) around Friday night and invited who he wanted, to make it look as if was in change and all of this was his accomplishment.

As of Friday morning, he announced it to an angry audience at Urban Summit, including SCLC president Vernon Howard, who knew nothing of the event.

The news is saying the Congressman will be there but Rep. Cleaver is in D.C. this morning and has had a full schedule planned for this week. In fact, Councilman Reed announced this event without directly inviting most of the people who started this movement. What's worse is that (Councilman) Reed is using Rep. Cleaver's name without checking his facts and trying to drum up attention with the media by doing so.

Councilman Reed is trying to get a press hit for the April 2nd election, for something he didn't individually pass.

There will be a real community, unity event all the pastors have been planning for on April 4th, in honor of Dr King’s assassination.

FACT IS Councilman Reed is incorrect. The Congressman WILL NOT be in attendance and most of the clergy who helped start spark this change were not made aware of the event. This is fake news devised by (Councilman) Reed for his camapign and a shameful way to use the legacy of Dr. King.
###########

Reed ruined it. He has the idea to do this years ago on Troost and was openly boo'd by the crowd.

I doubt Quinton or any of the council will attend either. This is just Jermaine and his buddies.

Actually, I hope some people do show up at the event and tell Councilman Reed that he's wrong to do this. The MLK change was never about his camapign.

Really cold this morning. Seemed like a weird time to plan an event. Sad to see Reed so desperate.

TKC, you should know that Parks is not planning on changing any of the signs until after the election either. There's a lot more on this story.

And who is this?

Reed is a fake in every respect. No college degree, act's holier than thou, but just a few years from the streets of Kansas City hustling employment.

If Councilman Reed had any respect for himself he would cancel this event and wait for the rest of the community. What a really pathetic display.

All the hood rats will be at the crowning giving up their guns and kneeling during the ceremony. The fake fat revs do not want the rats relinquishing their guns.

Everybody knows what a scam this was and if you go to this it will poison there careers. They’re finding out now that this was a bad idea.

How much cash did the pastors who supported this get from the King family?? There has to be a pay out.

So a person elected as one of just 435 people in the entire country who is elected to the House of Representatives talks about renaming a street as "leadership"?
Pathetic.
KCMO is already well ahead of last year's homicide rate and the "leaders" of the black community where 90% of the chaos takes place make more money for the 18th and Vine financial black hole and renamimg a street their priorities.
You really can't make this stuff up.

This is the most the "community" has done about their murder problem in a long time. By renaming the Paseo the tourist and other visitors will know to ovoid the MLK along with most of the surrounding blocks. A public service to the city and a new income source for the greedy King family.

For $1.oo pick the correct answer.

So let's see Reed got his district a police station, a grocery store, and a street name change?

That Jermaine be Tootsie Roll brown.

Hey hey they're just monkeys,
Grabbin' cash is all that they do,
They're too busy stealing
And killing people, too

Where and at what time is the rally? Sun is out but pretty cold and windy

Cleaver can’t make it because he is busy licking Trump’s butthole.

Just another obvious ripple from Freedom Inc.'s decision to back Lucas. Lucas knows how to appease those with voices and hasn't spent a dime to do it. Speaks to his efficiency and frugality, two traits that will continue serve him well as Mayor.

Just between the sun coming up tomorrow and Christmas arriving on time...
Vegas favors Lucas over all "contenders". This thing is over.

Freedom Inc's endorsements aren't free, or even cheap. They suck candidates/ causes into paying big $$$ in exchange for their endorsements ... 'you know to help with the printing and stuff'.

Jermaine will always be a dipshit.

All of the emergency services all of their maps have to get updated. Then the inevitable confusion. And what about West paseo? Is that now West MLK?

And what a coincidence, this kind of fiddly fuckable shit happens in an election year.

BAD idea change the name Paseo st.Could have used "other" streets to do this.Starting over in the Plaza area.