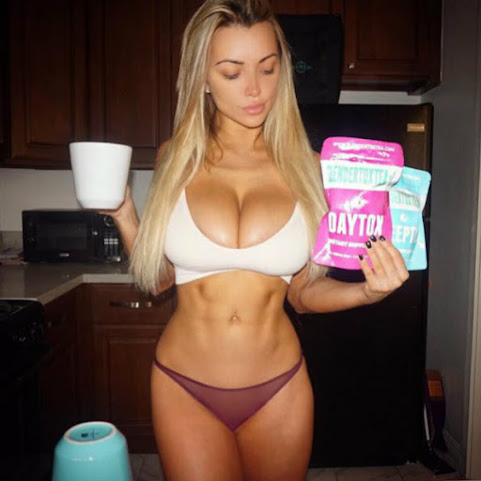 Hottie Lindsey is actually very straight forward in her online dealings but the social media hottie game is getting increasingly competitive and sketchy.

CityAM: Fyre Festival, influencers, and the CMA – why are regulators finally getting involved in the world of social media sponsorship?

Closer to home, these news links are also worth checking right now:

The Kansas City Chiefs narrowly missed a chance at the Super Bowl this season. But the team - and its newly minted NFL MVP quarterback - is already the early favorite to win next year. The Westgate Las Vegas SuperBook put the Chiefs' odds of winning Super Bowl LIV at 6-1, according to an ESPN report.

Sylvia Mitchell's leaky apartment roof gets fixed after she reaches out to KMBC 9 News Investigates.


Some frustrated over management of Excelsior Springs Airport

EXCELSIOR SPRINGS, Mo. - The city of Excelsior Springs is defending its decision to remove a damaged hangar door at the airport, in spite of outrage from local pilots. Thomas Creel believes, "The city has been systematically running down our airport and sitting back saying it doesn't need any money and then trying to throw stuff at it to close it."

BLUE SPRINGS, MO (KCTV) -- On Feb. 12, 1990, Kathy Middleton was shot and killed inside her Blue Springs home in the middle of the day. There were only two people inside that home when the shot was fired. Her husband, Ken Middleton, told police he had brought a gun inside from his truck and left it in his lap.

Woodside Village had just leased about 95 percent of its luxury apartments and most of its retail space. Things were looking sunny for the mixed-used development in Westwood. "We finally were there financially. It was a success," said Blair Tanner, founding partner and president of Tanner & White Properties Inc., the project's developer.

INDEPENDENCE, MO (KCTV) -- The Super Bowl has come and gone, but it's left a lasting impact on an Independence woman who you may recognize if you tuned in Sunday night. Pastor Nancy Kerr has two chapels in Independence along with her mobile chapel.

Freezing drizzle is possible to start your Tuesday. In the afternoon, we could see light freezing rain.

guy gets 200 years in prison for a murder where there's little evidence, but jamal gets 10 years for killing someone with multiple camera angles recording it. This must be white privilege

Woodside Village will look like a rundown section 8 building in 3 years.

I've never seen such breathtakingly shitty construction in all my days.

^^Ugh. Go away. Nobody cares. Go find a friend and entertain them with your worthless opinions. Did you have to complain about something today? Why don't you have anything better to do?

^^^ I think they had to redo the stucco after a couple years. why is scaffolding all over the building again.

9:13 is correct the construction was a nightmare and still today there are issues everywhere. Then there is all the mold issues they try to hide. 10:21 please go jump off the Paseo bridge and do mankind a favor. But first tell the cops what a worthless ass you are and to not waste any time looking for your sorry ass after you do jump. Gar,catfish and turtles have to eat also.