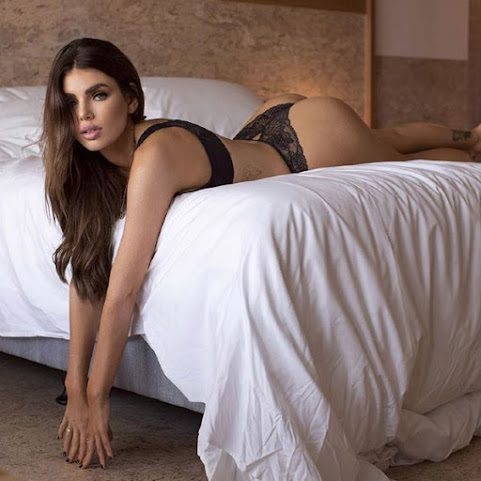 A quick Saturday smile from hottie Nicole and her upstart lingerie brand partner promo along with a glimpse at the latest news impacting the panty game:

Glow Up: This Is the Year You Love Yourself in Lingerie

Closer to home, here are some of the top news links we're watching this morning . . .

Sourced in community building through enhanced access to resources, a grant from the Ewing Marion Kauffman Foundation will allow LaunchCode Kansas City to continue its training program for at least two additional years, the program announced Thursday. "It's very exciting.

Rolling Through The Weekend

The World of Wheels this weekend at Bartle Hall will help you get your mind off our weather.

MISSION, KS (KCTV) - Patrick Pribyl's paintings are abstract and unusual, but so is his story. There are many layers as his emotions turn to color. Blue and white are peaceful tones while yellow shows energy, but one hue he used recently told a more personal story of his challenges.

What makes a pizza Neapolitan? Where does one draw the line between St. Louis and New York style pies? We talk with pizza chef Brent Gunnels about these distinctions. Plus, Celisa Calacal gives us a look at a local pizzeria which champions Kansas City's own style of pizza.

KANSAS CITY, MO (KCTV) -- The Chiefs have announced the signing of quarterback E.J. Manuel, along with three other free agents. Other signees include wide receiver Sammie Coates, wide receiver Davon Grayson and free safety Dontae Johnson. Manuel, picked 16th overall in the 2013 NFL Draft, played four seasons with the Bills before signing with the Raiders in 2017.

Suffer Through The Soggy Weekend

A soggy Saturday is setting up. Temperatures will climb to near 50 degrees. We could see a quick burst of snow Saturday evening.

You did pay the creators of all these stories linked right?

When Nicole offered me breakfast in bed, I took the "BUN"NY-SIDE UP!!!