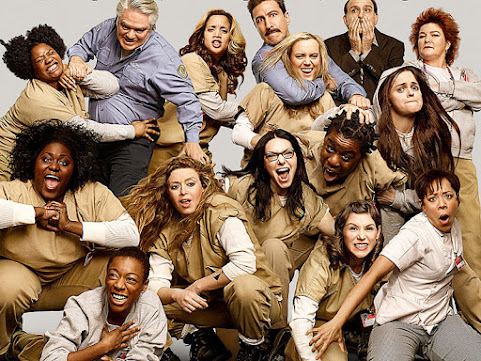 IndieWire: ‘Orange Is the New Black’: Natasha Lyonne on How the Show Changed Her Life

Inq: Tearful Goodbyes All Around As ‘Orange Is The New Black’ Series Wraps Production

DM: Orange Is The New Black cast confirm they have finished filming the final season as they share behind-the-scenes photos

Now a glimpse at local crime, culture and metro news that's also worth a look. Checkit:

A Kansas City, Kan., police chase that ended in a crash in Brookside reached speeds of more than 80 mph, passing through Westport and the Country Club Plaza. A couple in their 80s were injured in the wreck.

TOPEKA, Kan. (AP) - Republican lawmakers in Kansas have wedded a popular proposal to cut taxes on groceries to a GOP income tax relief bill in hopes of winning over skeptical colleagues and making Democratic Gov. Laura Kelly think harder about vetoing it.

Have A Coke Amid Hard Times


Pepsi plant latest in string of closures throughout metro

KANSAS CITY, Mo. - Following other company plant closures in the metro over the past year, Pepsi will be closing its Kansas City plant after it first opened for operation decades ago. While the number of impacted jobs remains unknown, Pepsi announced that the closure will occur in May.

KANSAS CITY, Mo. -- Calling all hair stylists who are looking for a job. JCPenney will host a National Hiring Day event Monday, March 4. During the event, they plan to hire 90 stylists. The hiring event begins noon and runs until 4 p.m. at the JCPenney inside Oak Park Shopping Center.

When it comes down to it, 50 years of presidential scholarship has convinced Doris Kearns Goodwin that great leaders are made, not born. The Pulitzer Prize-winning author of books on former presidents Abraham Lincoln, Teddy Roosevelt, FDR, and Lyndon Johnson talked about the individual trajectories that brought each of them to the national crises they faced as president.

Sen. David Haley questioned Tuesday why legislation is needed to protect law enforcement officers from minor traffic infractions while fighting crime.Haley, a Democrat from Kansas City, said nobody prosecutes police for such violations as parking in the median while monitoring traffic, running a red light, making a u-turn or exceeding the speed limit.

An employee of the Missouri attorney general's office occasionally drove Josh Hawley to campaign-related events in a state-owned car, an arrangement that raises new questions about Hawley's use of taxpayer-funded resources in the run up to his successful bid for U.S. Senate.

KANSAS CITY, Kan. - "On April 22, 2015 my late husband, Sgt. Brett Doolittle of the Kansas City, Kansas Police Department, ended his life," Lindsey Doolittle said matter-of-factly. Facing the reality is what helps her survive. Doolittle came home that Wednesday evening like a regular day. She parked her car in the back garage.

(KCTV) -- Car dealership owners that have been hit in Kansas and Missouri are hoping surveillance video and tips could put an end to a string of break-ins. "It's an epidemic right now," John Miles, with Americas Security Group, said.

The 80 MPH pursuit of excellence.

^^ Not me, all I need is my morning paper and donuts.