The Super Bowl 2019 offered a stunning example of late capitalism in action -- All sizzle, hype, sound & fury in service of a lackluster show that ultimately disappointed everybody.

What's worse is that right now Kansas City fanboys are sitting at home thinking that Pat Mahomes would've provided a much greater spectacle to fans across the nation. As always, and as most married people understand, the story of unrealized possibility and potential is the only respite and hope for people enduring otherwise miserable circumstances.

However . . . One inconvenient fact remains:

NEXT SEASON THE KANSAS CITY CHIEFS WILL STRUGGLE TO LIVE UP THE IRRATIONAL EXUBERANCE SURROUNDING THE TEAM!!!

The Chiefs are likely to suck 2019. The myth that the team will follow the footsteps of the KC Royals and got close this year only to win it all next season is simply a marketing gimmick. More likely, they'll follow the home team into a valley of despair because that's the path of least resistance.

Patrick Mahomes is a now a known commodity. Defenses have mostly figured him out and close watchers realize that under pressure he isn't as amazing as highlight reels suggest.

The defense is weak. This one is acknowledged even by fanboys and a few standouts aside, the hope that replacing Bob Sutton will solve this problem is nothing more than puerile fantasy.

The front office has shown time and time again that they aren't willing to sacrifice a consistent effort or cash to put a great team on the field year after year. Even the QB is a surprise value pick. History has shown us that we can count on the organization to overplay and oversell their hand just enough to trick gullible KC season ticket holders. 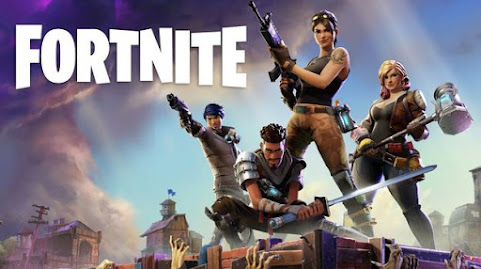 The football industry is losing share of mind and relevance . . . Compared to this let down game, in the past few months Fortnite was a much bigger deal.

And so, as usual, Sunday night concludes with disappointment and fantasy as Kansas City dreams and imagines glory from a byone era.

FTW: That Super Bowl was so boring

CNN: Who scored and who wasted their money on Super Bowl ads

Well done TKC, I think you just guaranteed that the Chiefs will win it next year. Thanks dude.

Everybody watched the commercials instead. They were a lot more intersting. Tons of important junk that people don't need.


Below are all the highlights of the game:

Idiotic, TKC. You say the same thing every year. You said it this year, the Chiefs will suck. Well, you were wrong. You not only know nothing about sports, you don't know anything about anything and still have a need to prove it to us daily.

OK, we believe you.

I believe that we can win.

But I only watch soccer.

Mahomie is now wearing an enormous gold #15 pendant around his neck.

Seen this episode before.

NFL is for losers who drink beer all day and play with their genitals.

I keep wondering when this blog will move beyond trolling posts, like this. It's such a tired hack, but hey so is the author.

Help football triggers me! I'm a fat bloated Mexican without an athletic bone in my body!!

Could anyone understand even one lyric during the halftime show?
Never mind....I don't care.

BigBoi's fox stroller was borrowed from a fat lady at his auntie's church. Just glad there was no wardrobe malfunction.

And Adam? You missed a few spots where you are still not tatted. Most people wait till they go to prison to sleeve themselves. I guess you're doin' it backwards?

Adam Levine so wants to be black. I guess he might be related to the Virginia governor, Mr. moon dance blackface? I am not bothering to learn his name, cuz he will be gone by Valentine's Day. Not feelin' the love of his Dem. voters....

Just think of the graphic designs to come out for tees and active wear and the real money maker and collectible...hats. Right, rock in kicks. It will be sick. Better make that paper get that fame, why not Chiefs?

I'm so glad I missed the Super Bore this year. Sorry you fans but I just can't get into the hype anymore. I will no longer fall for the old carrot on a stick trick when it comes to professional baseball, basketball or football.

49 years of continuous disappointment. Enough said. OH wait, Wait until next year, suckers! Bet parking increases again. Tickets go up again. and next year we will enjoy the fiftieth anniversary of disappointment.

^...and what's your point? Don't like it? Don't go! Different strokes for different folks loser. Look, we don't all watch Matlock all day long and shit ourselves delirious like you. You do you baby gurrrl..got it?

I think a council person in KCMO just said that the Chiefs should play a game in St Louis. He must be as stupid as NY Guv Cuomo. Why give the revenue away to another city and county? Next he will suggest they move into the Edward Jones Dome full time. Get him out of town!

^^^^^ Excellent point. Didn't think of that but it makes sense, that's really money given away but the Q. Good call @6:42