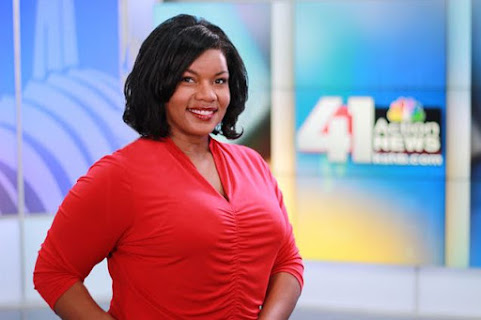 "A federal jury on Friday delivered a mixed verdict in a highly charged race discrimination and retaliation lawsuit filed by Lisa Benson Cooper, a former reporter at KSHB-TV Channel 41 in Kansas City. The jury of four men and four women found for the television station and its owner, Scripps Media Inc., on Cooper’s race discrimination claims but found for Cooper on her retaliation claims. The jury awarded Cooper a total of $26,000 in actual damages and $175,00 in punitive damages. Her lawyers had asked the jury to award her between $8 million and $10 million in punitive damages, or about 1 percent of Scripps’ net worth."

THAT is a pretty penny for a teleprompter reader.

Happy she won.
I wasn’t her biggest fan- but the media has to be held accountable.
That is how the public does it with the KC Star... quit reading or watching.
Their business plans will show how smart their leaders are.
Their subscribers tell the story.

Don't let all the hype and frostyness fool you. KCMO has become a very seriously fucked up place.

She was a descent reporter at best. They always stuck her in the ghetto to cover a shooting or for a balloon launch for a reason. Like 7:48 said,all they do is read off a teleprompter anymore. She tried to sue for $8 million?? She's a black woman in today's "Oppressed" victim Olympics. She'll find a job in 5 minutes.

Her lawyers wanted $8-10 million? Sounds like a lottery play. I don’t know the details but like the others have said...you read a teleprompter for decent money. How bad can it really be? Maybe she can go “fight for change” at $15 an hour Burger King protests in kcmo. Hell I don’t know.

Her lawyers took in 33%, so, she will have enough left over to buy an Escalde to haul her big fat ass to the liquor store for 40's until she catches on at the Water Department.

8:42 that is funny! She let herself go far, so so far. Think on the award Scripps has to pay her attorney fees too. Depends on judgement

That is barely enough money to keep her in cheeseburgers.

Aunt Jemima gets an Escalade.

Actually, in person she's pretty hot. Would love to test those oratory chops.

I always thought she was a solid reporter. Too bad she took the wrong advice and actually thought she could get 8 million. Lawyers screwed her. Probably a fair judgement.

The country would go broke if everyone that gets canned got a settlement. Why are blacks special ???

Do all the blackies that get fired think they are entitled to get money from employer.
You got fired for a reason,face it you are not that good. Take your money and work on your body .
The hotties these day on the news are easy on the eyes.

What was her 40 time at the NFL Combine? I would play her over Center if I was the Chiefs new DC, she looks like a great run stopper.

A jury of her peers has spoken. Wonder how this bodes for Dee Jackson at this point.

I'm going to assume the punitive is $175k, even so, she stands to take home around $140k in total assuming 30% goes to her attorneys. I think some of that may be taxable as well (ie lost wages). Probably not the result she or her attorneys were hoping for.