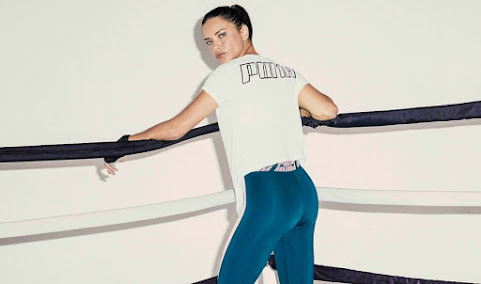 Quick peek at some of the more pressing topics weighing on our mind as we contemplate pop culture and the big picture:

Guardian: ‘I had no job, no savings. I knew he’d destroy me’ – the women fighting against economic abuse

There certainly wasn't much action in last Sunday's Super Bowl. But that wasn't the case at casinos in several states, where gambling on sports is legal for the first time thanks to a landmark Supreme Court ruling that you might have missed. Tax collectors and investors stand to make millions, but is it good for the fans?

I guess this is going to be a theme for me. Even in the midst of having the new face of the NFL and freshly minted MVP as their present and future, Kansas City Chiefs fans just have to find a way to play victim.

Kelcie McKenney Can you smell that? The sticky-sweet scent of gooey romance, cheesy dinner dates, and cards that cost, like, seven dollars? It's nearly Valentine's Day. Though some of us at The Pitch are a little heartless, not all of us are.


A look inside K-ROO Radio

Mohammed Alabdullah sat in a small room in the Student Union, and after hitting a few buttons, he was live on the internet. Not many students know about K-ROO, UMKC's very own student radio station. The station goes live over the web and is kept alive by students volunteering and running shows weekly.

Twitter/Dr. Todd Dain SOURCE: Twitter/Dr. Todd Dain The principal at Shawnee Mission South posted a video that's gone viral.Dr. Todd Dain posted surveillance video to his Twitter page of him slipping on the icy pavement when he got out of his truck at school, sending his coffee and briefcase flying.The school district is closed on Thursday because of the weather.


A Priest, A Chef and a Hunger to Feed Kansas City

The first man I serve has sunburned skin and is wearing a ripped T-shirt. "How is today going?" I ask. "Not well," he replies. I'm not sure how to reply. The man scratches at his side before pointing to baked chicken and roasted potatoes.

Hide Transcript Show Transcript WEBVTT >> WE WERE JUST OUTSIDE WITH RACHEL. WORKING WITH THE RADAR, ALL THE TECHNOLOGY IS GOOD, BUT NOT A SUBSTITUTE FOR GOING OUTSIDE FOR GOING OUTSIDE AND SEE WHAT IS HAPPENING. RIGHT NOW, IT IS KIND OF A MIST OR TINY ICE CRYSTALS FALLING THROUGH THE AIR.

that lady's argument against sports betting is that it's "creepy". Good job KCUR

When Adriana showed her tight butt and asked me to spar, I repeatedly scored with inside jabs below the belt!!!

That principal falling is funny as fuck. To bad we don’t have a similar video of a fat lard ass mayor falling.

^^^or your obese, old-ass! That would be hilarious!

he held onto that briefcase, and then contemplated his mass.